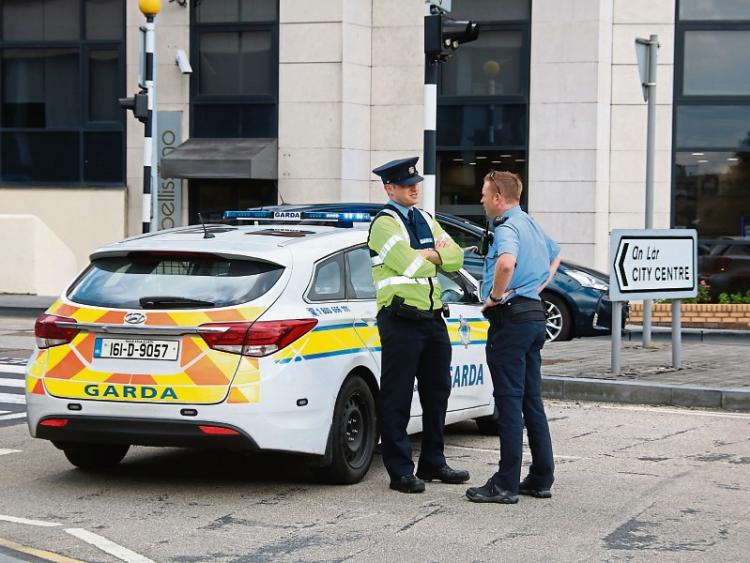 Gardai at the scene of the attack earlier this year

A MAN who is accused of stabbing his flatmate at an apartment in the city centre earlier this year is not currently fit to be tried, a court has heard.

Judge Mary Cashin was told that following his arrest the defendant was seen by a doctor and referred to the psychiatric services for assessment.

However, the HSE declined to admit Mr Fancony to unit 5B on a number of occasions and he remains on a waiting list for admission to the Central Mental Hospital.

He is also accused of producing an article, capable of inflicting serious injury, during a dispute and with possession of a 12-inch bread knife at Dock Road, Limerick a short time after the alleged stabbing occurred.

The victim – who is aged in his mid 20s – suffered life-changing injuries after he was stabbed several times in the abdomen and upper body.

Seeking bail on behalf of his client, solicitor Tom Kiely said Mr Fancony has been in prison since he was first brought before the court when he should be a hospital setting.

A number of medical and psychiatric reports were submitted to the court and it was accepted by gardai, that the defendant is suffering from a mental disorder and was experiencing an “acute psychotic episode” when arrested.

Detective Garda Colum O’Shea said gardai believe the defendant represents a “significant flight risk” and he expressed “grave concerns” as to his potential behaviour if released given the concerns surrounding his mental health.

Mr Kiely told Limerick District Court his client is “not capable of acting in his own best interests” but that prison is not where he should be.

He said his the 35-year-old has surrendered his passport to gardai and that his parents were willing to travel to Ireland to live with him if he is released.

He added that his client is “entitled to the presumption of innocence” and he submitted the objection, in the context of the Bail Act, was weak.

“Mental illness is not one (a factor) the court can take into consideration,” he said.

Inspector Padraig Sutton disagreed saying the primary concern of gardai was the safety of Mr Fancony and members of the public.

Noting the seriousness of the offence and the concerns of gardai, Judge Cashin refused bail and remanded Mr Fancony in custody until later this month.

She reiterated a previous direction that he receive all necessary medical attention while in custody.