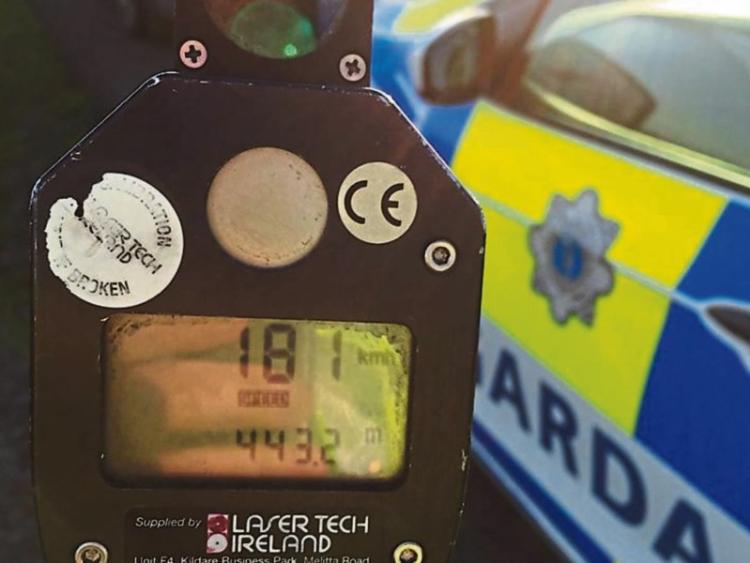 This motorists was detected travelling at 181km/h

A MOTORIST who was caught speeding on the same stretch of motorway in Limerick for a second time this year is facing prosecution before the courts.

Gardai have revealed the motorist was stopped on Monday after they were detected travelling at 181km/h on the M7 motorway – more than 60km/h above the limit.

The same motorist was caught speeding at the same location just four months ago.