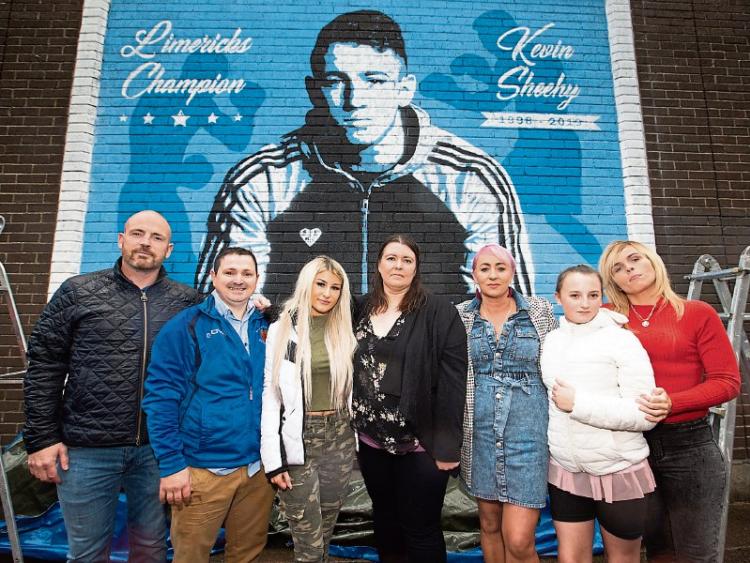 THERE were emotional scenes in Limerick this Saturday afternoon as a mural to commemorate Irish champion boxer Kevin Sheehy was unveiled at his boxing club.

Friends and family of the Carew Park man, who died aged just 20, in a hit-and-run earlier this year, were at St Francis Boxing Club, where the three-metre high mural was unveiled just outside the entrance.

Speaking to the Limerick Leader ahead of the unveiling, St Francis Boxing Club stalwart Ken Moore, who commissioned the piece with his wife Marion, said: “We wanted to do something to keep his spirit alive.”

“He was respected, he was loved. He was the heart of the club, that’s what we used to say about him. He has left a big hole. You can’t replace Kevin Sheehy, not as a person, not as a boxer. We wanted to put something on the wall that people can come and see, including his young daughter, so she can come and see her daddy on the wall.”

The mural was put together by Dublin business ADW.

For more pictures from the event, see The Leader later this week.