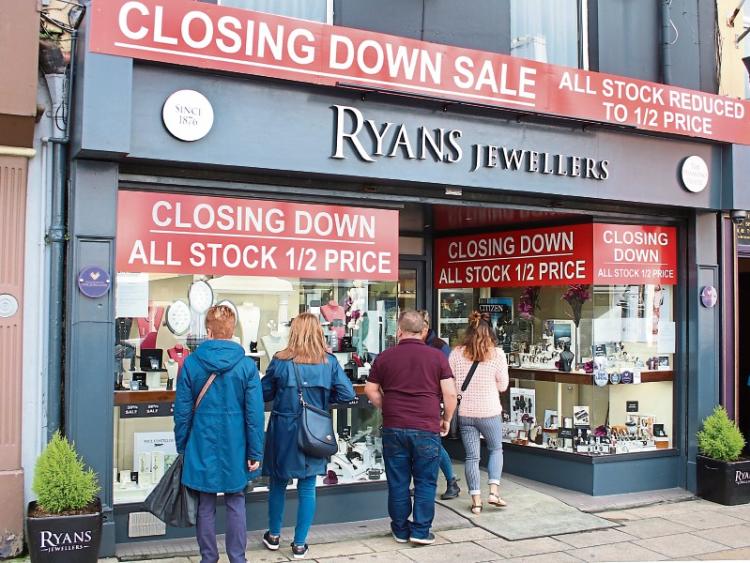 THERE is immense sadness in the city at the planned closure of a long-established jewellery shop in Roches Street. The shutters will lower ​at Ryan’s Jewellers in the coming weeks due to what the owners have described as “difficult trading conditions”.

It will bring to an end more than 55 years of serving Limerick and the region, with a 50% closing down sale on.

City West councillor Daniel Butler said: “I’m genuinely saddened to hear as Ryan’s Jewellers is a Limerick City institution. For 55 years, couples​ in the city have received their engagement rings there, they have got gifts for their partners. A lot of people would have been really used to the shop. It’s a massive loss to the city centre, and it’s a loss which seems to be continuing.”

The Fine Gael man said this again highlights the need for a city centre strategy in quick order.

Genuinely saddened to hear about the closure of a Limerick institution that is @RyansJewellers Retail business is so challenging and these guys put in some innings to stay open. Wishing them every happiness in their next adventure. pic.twitter.com/S375k16GLe

He added: “This is why I’ve been calling for it to be implemented this year, rather than waiting for the Opera site. I really believe retail is in urgent need of support in the city centre. The O’Connell Street works will play their part in making it a bit more pedestrian-friendly. We need to come up with a strategy which supports the city.”

Ryan’s Jewellers thanked its customers, and staff, adding: “We’ve been through the retail rollercoaster together.”