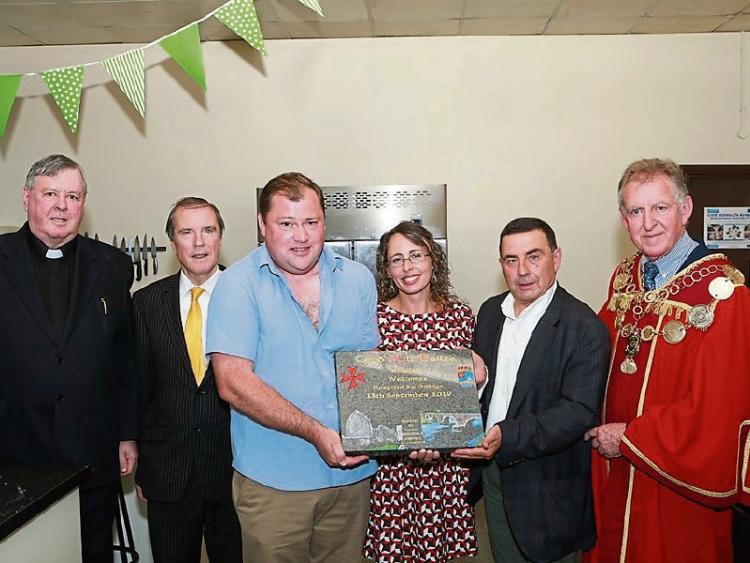 THE Hospital Arts Festival transformed the County Limerick village last week – with a little help from their Spanish friends.

The visit of the Mayor Enrique and Councillor Christina from Hospital de Orbigo in Spain added a huge dimension to the fifth annual festival.

They were greeted by the Mayor Michael Sheehan, our hardworking committee, clergy, politicians and a host of others at a reception at Hospital Youthreach School.

The Mayor and councillor sampled local hospitality, visited some historic sites and attended all our functions.

There is a huge similarity between both towns which were founded by the Knights Hospitallars.

Kieran Daly of Herbertstown Men’s Shed was joined by Mary Hanly to be elected Knight and Lady Knight of Hospital.

One of the highlights of the festival was “Theatre in a Tent”.

John Spillane provided entertainment on Friday night and a six-piece Bee Gees Tribute Band had the town on its feet on Friday.

Singer songwriters, poets, writers and artists had a most enjoyable Saturday morning session at Cafe Cotto in the village.

The festival closed with a Gathering day at the local field which attracted all ages.

A lantern parade followed by a moving closing ceremony with Hospital Choir accompanied by local musicians Kevin Sheehy and James Reale closed what was a most remarkable week, which promises to be bigger and better next year.