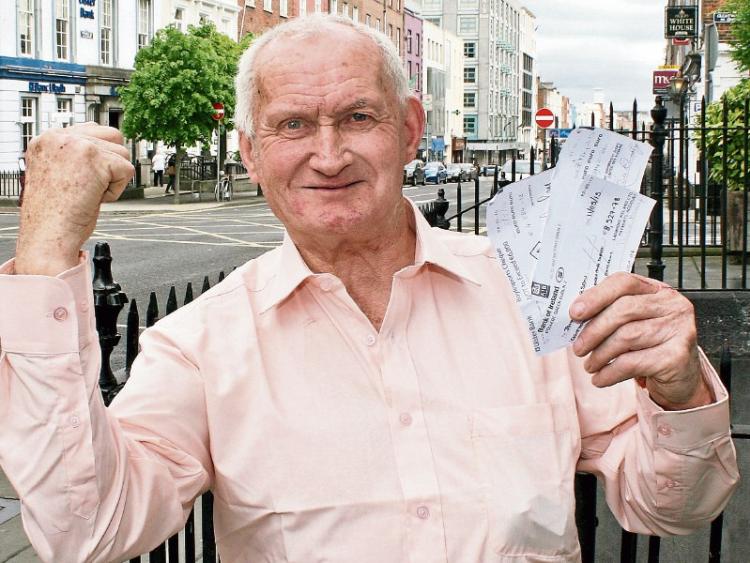 WELL-KNOWN Doon gambler John Anderson says this time he has beaten the odds.

The brave 78-year-old said: “I have cancer of the liver. I was given six months to live in February and I’m still talking to you. I’ve beaten the odds by a month. I’ve had a good innings.”

John is still doing what he loves – gambling.

“Before Dublin played Mayo in the semi-final I put a total of €23,000 on Dublin to win the All-Ireland at 4/9,” said John. Mayo were dispatched with relative ease by Jim Gavin’s men but he says Dublin were lucky in the drawn game against Kerry.

“When young Spillane got the goal I was worried and Dublin had only 14 men but they got the draw. They pulled away at the end in the replay,” said John, who pocketed €10,222 in winnings which he put straight in the bank. The Doon man says he will continue to enjoy a bet and to beat his own odds for as long as he can.

Read also: Melbourne Rose meets one for the future in her old County Limerick school