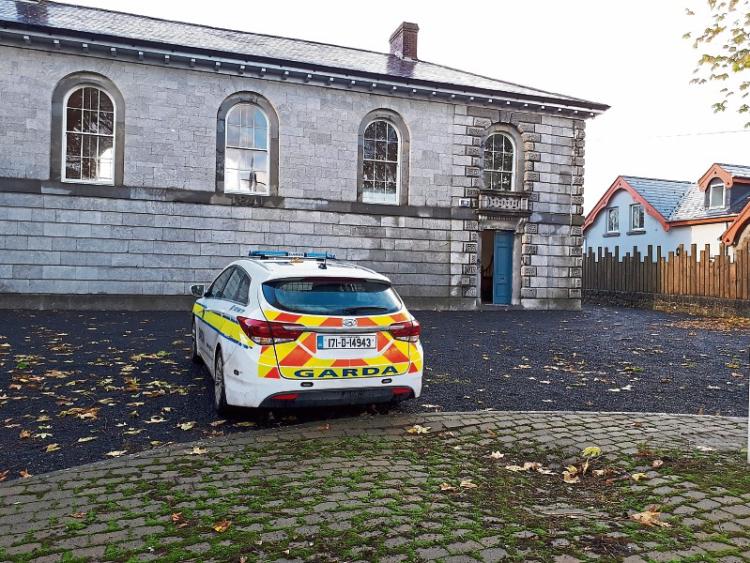 AN Abbeyfeale man who threw a  glass while in a fast-food premises in the town had his case adjourned for 12 months at Newcastle West court and was warned to stay out of trouble or face a month’s imprisonment.

Christopher Romain, 8 Pairc Luachra, Abbeyfeale, pleaded to possession of an article in the course of a dispute at Superbites, Main St, Abbeyfeale, on April 18 last year.

Inspector Andrew Lacey said the accused threw a glass but it missed the person he was throwing it at and smashed against the wall. Nobody was injured, he said.

Pleading for his client, solicitor Pat Enright said his client had drink consumed on the night. He had had a win in the bookies and celebrated too well.

“A girl started fighting with his daughter and others joined in,” Mr Enright said. “A neighbour came on and kicked her (his daughter) in the head. That matter is still under investigation.”

His client followed the neighbour into the chipper, Mr Enright continued. “He had a pint glass in his hand. He threw it. He missed him.”

He asked Judge Mary Cashin to take his client’s plea into account and to note his apology. “He lost the head.”

“An eye for an eye is not the way to deal with it,” Judge Cashin said.

“I had drink consumed and I kind of blacked out,” Mr Romain told her.

“I take this very seriously,” the judge continued.

“It was more by good luck than anything that there wasn’t serious injury.”