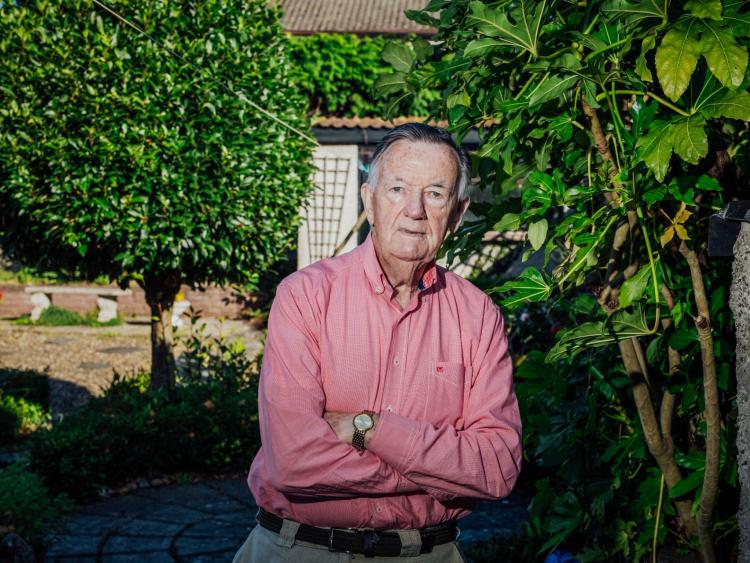 A LIMERICK man who was given a new lease of life thanks to heart surgery is helping others recognise the signs of heart valve disease.

Gerry Phelan, an 84-year-old Clareview man, had his aortic heart valve replaced in September 2018, and says he “hasn’t looked back” since.

Croí is urging the 65+ age group not to dismiss or confuse the symptoms of Heart Valve Disease as old age, to ask their GP for a stethoscope examination and to get a prompt referral to a specialist, if needed.

In mid-2018, Gerry was having difficulty breathing, eating, walking and sleeping, saying: “I was having trouble sleeping because when I did, I felt like I was being suffocated or drowning, so I could only snatch a little sleep at a time on my recliner, using five pillows.”

While in UHL, he was introduced to Dr Samer Arnous, a Coronary and Structural Interventional Cardiologist who subsequently recommended he have his aortic valve replaced using the newest technique – Transcatheter Aortic Valve Implantation (TAVI).

The valve was positioned in Gerry’s heart via a tube entering through an artery in his thigh, and Gerry was awake during the procedure with Dr Arnous talking him through what he was doing in real-time.

Recovery from TAVI is much easier than from open-heart surgery, and Gerry’s wife and daughter came to visit him in hospital the day after the procedure and found his bed empty while he was walking the hospital corridor, something he couldn’t have done before the procedure.

“They couldn’t believe it” says Gerry. “The relief from my symptoms was almost immediate and my recovery was so short – I was out of hospital in under three days”.

Every day, Gerry now spends an hour on his treadmill, in three separate sessions.

He is getting behind Croí’s campaign because he knows first-hand how important it is to be aware of the symptoms of Heart Valve Disease and to get them checked promptly.

“From the age of 70 everyone needs to be aware they could be developing heart valve disease and they need to know the symptoms” said Gerry.

CEO of Croí, Neil Johnson added: “Self-awareness is so important. The patient plays a significant role in his/her own treatment pathway. People should not dismiss or ignore symptoms and warning signs or simply attribute them to ‘old age’.

“It is vital that you discuss any concerns that you may have with your GP. Sometimes patients don’t seek medical help until they are just too sick to treat, but had they been diagnosed when they first became symptomatic, the prognosis may just have been more positive”

“It’s crucial that patients understand the signs and symptoms and ask their doctor to ‘listen to their heart’. Knowledge is power for patients - getting symptoms checked out helps with early diagnosis and early treatment which can literally be lifesaving and adding quality years to life,” concluded Neil Johnson.