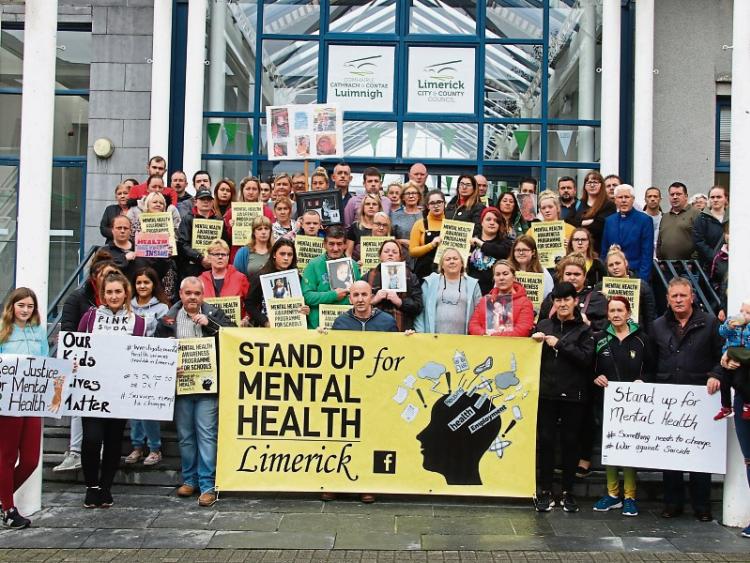 Stand up for mental health: The message is clear, as a huge group of people, including many left bereaved by suicide, attended this month’s metropolitan council meeting |  PICTURE: ADRIAN BUTLER

COUNCIL bosses are going to sit down with the suicide prevention taskforce following a spike in a number of river rescues in Limerick.

At this Monday’s local authority meeting, members passed a motion unanimously from Sinn Fein councillor John Costelloe to set up a task force to “respond to the serious concerns regarding mental health and suicide” in the city.

There was a huge attendance from people who have lost loved ones to suicide, as well as a newly set up local campaign for better mental health provision.

Amid standing room only, many carried banners reading ‘real justice for mental health’, as well as holding pictures of people’s loved ones.

People unable to access the Chamber due to space restrictions peered in from the window, holding up banners for the councillors to see.

At an emotionally charged meeting, ​there were many interjections from the audience, with big criticism of Social Democrats councillor Elisa O’Donovan, who said she could not support the motion laid down by Cllr Costelloe, because there were already task forces in place.

Instead, city official Seamus O’Cnonnor pledged to work with this task force.

There was nothing but praise for the members of the public bereaved by suicide, who attended the meeting.