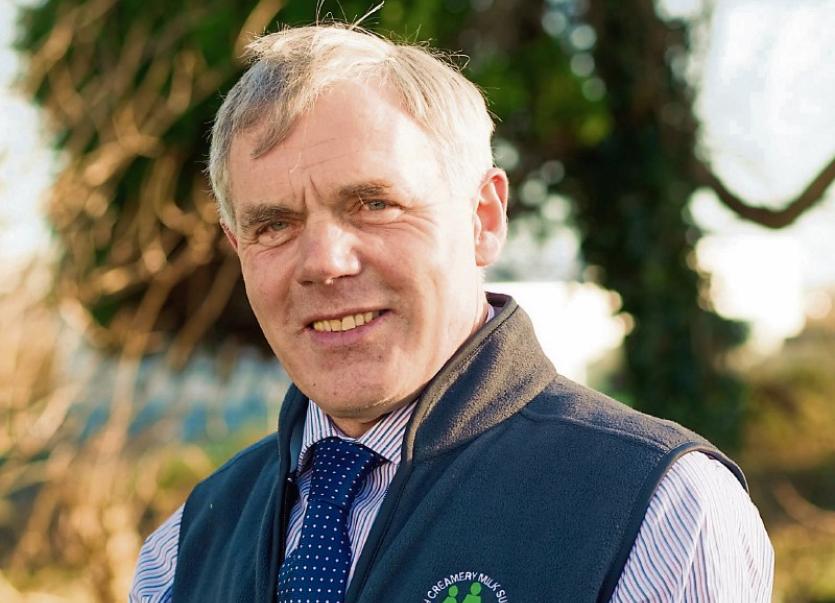 KERRY Group has confirmed to Farm Leader it will review the 2015 milk price calculation in consultation with milk supplier representatives.

Gerald Quain, the County Limerick farmer who chairs ICMSA’s Dairy Committee, welcomed reports that the West Cork co-ops have to be included in the leading milk price calculation.

He said it is now essential that the leading milk price commitment is delivered in full for the outstanding years and payment made to the farmers as soon as possible.

“Kerry Group made a commitment to deliver the leading milk price to their farmer suppliers and it is essential that this is now delivered,” said the Creggane-Colmanswell dairy farmer.

He said there is no need for any confusion about this.

“But this arbitration process has now resolved that and indicated that the West Cork co-ops – who are, year-on-year, the highest paying co-ops in the state – must be included in calculating what leading milk price is.

“On the face of it, this has to be good news for Kerry suppliers and without aiming any particular criticism at Kerry, ICMSA would argue that milk price for most of this year has been unaccountably low even when fundamentals like supply-demand indicated that it should be higher,” said Mr Quain.

Without at all downplaying the catastrophic potential of a hard Brexit, he said it can’t do to have “all our co-ops citing that threat as a justification for paying farmers less than the price they themselves have received, which is exactly what we’ve got for very long periods this year when farmer milk price has lagged the Ornua PPI”.

“And I remind everyone again that the Ornua PPI per litre figure represents the price that has already been paid to the co-ops themselves,” concluded Mr Quain.

Commenting on the arbitration process to Farm Leader on Tuesday evening , a Kerry Group spokesperson said: “Following the decision of the arbitrator in relation to the application of the milk supply contract for 2015, Kerry Agribusiness will review the 2015 milk price calculation in consultation with milk supplier representatives.”