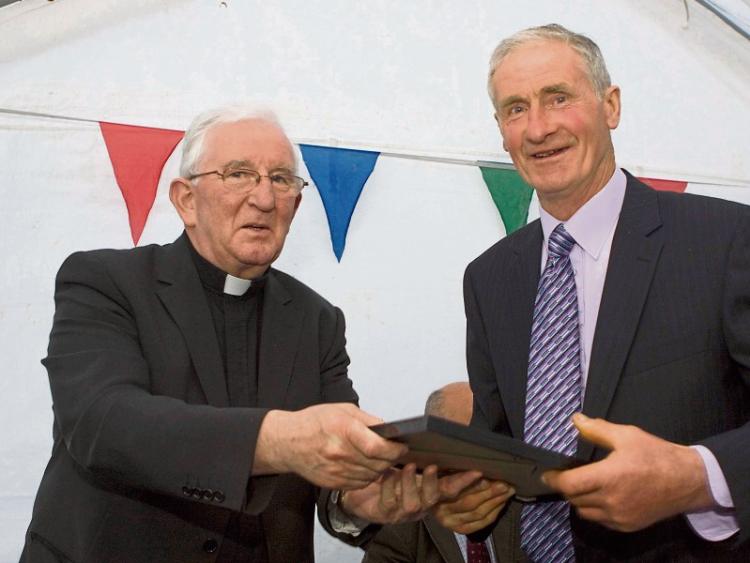 PATSY Laffan first came to public attention shortly after the Boher club was reformed on October 2, 1956.

Secretary, Vincent Finucane was looking ahead and accordingly organised a 15-a-side juvenile hurling challenge between Boher and Eyon. Vincent refereed the challenge which took place two months later in his father’s field at Sandylane.

Eyon prevailed in a close contest. The Limerick Leader reported that Heffernan, White, Laffan and Tierney were best for Eyon while Walsh, Foley, Bridgeman and O’Connor were to the fore for Boher. Patsy was thirteen at the time.

His first matches in a Boher jersey were against Cappamore in juvenile hurling and Caherline in juvenile football the following March. Four years later, he featured with Murroe in a shock win over county champions South Liberties in the minor hurling championship, and he was among the best for Boher when the junior hurlers lost the East final to Doon.

His administrative work with the club began with his election as a member of the Working Committee at the AGM in 1962. He was elected as treasurer in 1963, a position he held for fifteen years. He was many times a selector.

We purchased our playing field for IR£25,000 in January 1986, and Patsy was a trustee when the debt was cleared in January 1987. He was vice-chairman for the years 1988 to 1991 and was elected Chairman in 1992. At the next AGM, he dropped a bombshell by announcing his retirement from playing and from the management of the club.

If Patsy was at the heart of the club as an official, he was its beating heart on the field. His 20 golden years ranged from 1964 to 1984. He played Intermediate Hurling with Limerick and helped bring two county junior hurling titles to the parish.

In 1973 he was captain and was an inspiring force at centre-back. He was again the kingpin of the defence when we won in 1980.

Patsy said very little, but he was a good communicator, “The first man you have to beat is yourself”. He believed that the primary function of every player was to attend training and prepare for games. And he practiced what he believed. He was dedicated to training and worked hard to develop the skills and improve his game.

One evening we were training for an upcoming final and we had a full-scale match in the field. Someone suggested we do a few laps of the field after the match, but Patsy objected – if we trained hard enough, we wouldn’t be able to do laps.

He was strong and fast and ‘sticky’, expert at hooking and blocking – all requirements of a great number six. On the rare occasion that an opponent won a ball, there was no guarantee that he could hit it. A local bard put it thus:

Patsy Laffan stands at centre-back, a mighty man is he,

He handcuffs centre-forwards and throws away the key.

The winters were too long for him – he was always looking forward to the next game. In the mid-eighties, we were beaten in the East SHC semi-final. The outlook was gloomy – a good many of our players were getting old, there were too many miles on too many clocks.

Our opponents went on to win the final. I met Patsy after the match and his first greeting was “We’re not too bad now.”

Patsy was a loving family man, and a proud, hard-working farmer. His interests included forty-five and music. We knew him to be unassuming and focused. When some people speak of Patsy, they speak of his longevity as a player. We speak of his drive, leadership and quality.

Boher Community Development Association commemorated the 1973 victory in 2013. Patsy was called to the podium to say a few words. It took him a few seconds to get his thoughts in order and to sort out the mike. His former colleagues began giving him grief from the floor – “Talk up, Patsy.”

“We did our talking on the field,” said Patsy.