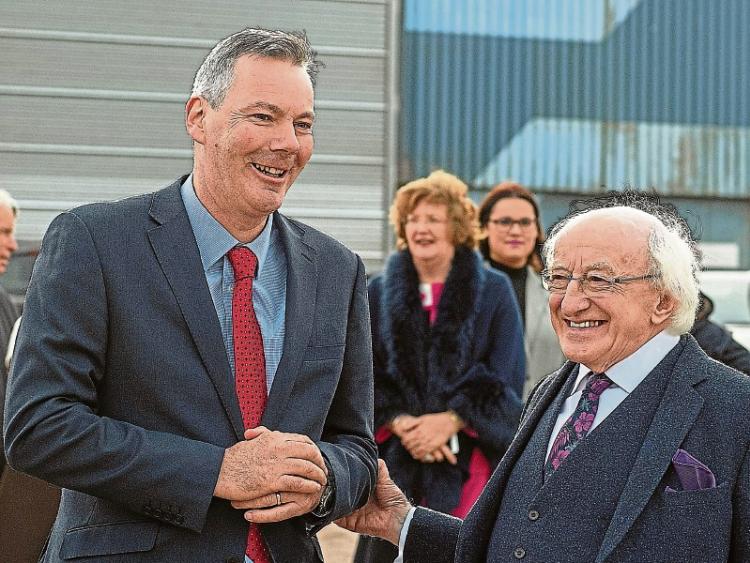 It’s total earnings before interest, tax, depreciation and amortisation comes in is €6.8m.

In the last five years, the semi-state company, which is planning a massive development of the city’s docklands through its strategic plan, has seen its profits increase 34% – or €1.2m.

The company’s main ports in Foynes and Limerick, again achieved record tonnage levels, with an 11.7% increase in throughput. However, overall tonnage throughput was down by 5.5% to €10.7m due to a reduction of activity at privately managed terminals on the estuary.

It’s the sixth year in succession that general cargo terminals have increased year on year.

Tonnages at the Limerick and Foynes terminals for 2018 are some 50% higher at end 2018 than at end 2013 and exceed previous historically high tonnage levels experienced during 2006 by 11.2%.

Port company chief executive Pat Keating said: “Year on year Shannon Foynes Port Company is consistently delivering healthy profits. Since 2011, the beginning of our masterplan Vision 2041, tonnage at our general cargo terminals has increased by just over 72%.  We fully expect that tonnage throughput will continue in an upward trajectory, in line with the mid to high scenario projected in Vision 2041.”

He said demand for new capacity at the docks is stronger than ever, and is ahead of what is forecast in Vision 2041.​

“This demonstrates the need to implement our extensive investment programme underpinning the company’s masterplan, Vision 2041. These hugely important investments will significantly expand our infrastructure in order to keep pace with our current and predicted customer demand,” he said.

Mr Keating said it is urgent the Limerick to Foynes road scheme is delivered upon, and welcomed the news the formal planning process is due to kick off before the end of 2019. “This road is critically important for the planned development of the Port. It will also enhance the national supply chain by creating a seamless connection to Ireland’s deepest water port on the western side of the national motorway network, thereby fully supporting the Government’s regional balance objective by counter balancing Dublin and potentially alleviating some congestion around greater Dublin,” he said.

Foynes port chairman David McGarry said that the success of the company is such that its ambitious investment programme must continue at pace to ensure there is sufficient capacity to accommodate existing growth levels at its directly managed ports.

“2018 yet again proved to be a very successful year for Shannon Foynes Port Company, which is one of the key drivers of our region and with huge potential to help rebalance the national economy. The company has had a really strong decade and is delivering on the targets set out in its strategic long-term plan, ‘Vision 2041’.  Due to the increased tonnage throughput projected in Vision 2041, additional capacity is required. In this regard, the ongoing roll-out of our Investment Program is essential. Following on from the completion of Phase 1 at a cost of €12m in 2016, we received planning permission for the follow-on,” he said.