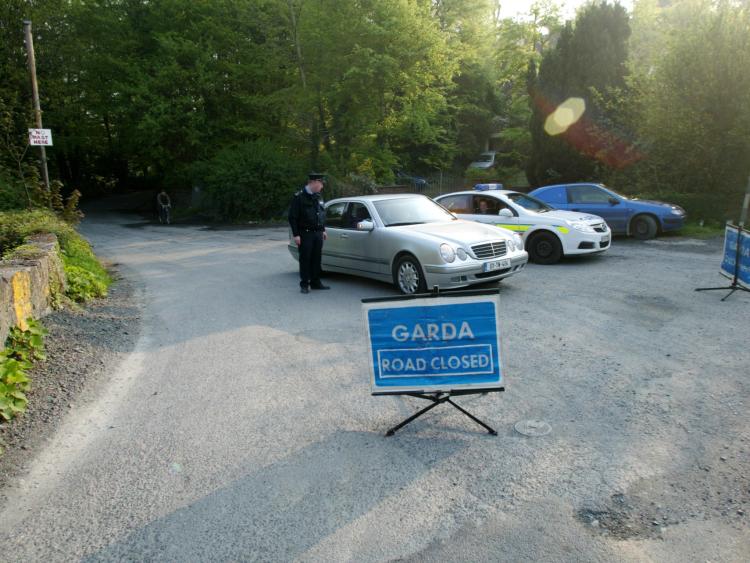 Gardai at the scene of the murder in Blackwater, Ardnacrusha in 2006 | Picture: Liam Burke/Press 22

A MAN is being detained in a Limerick garda station in relation to an unsolved murder which occurred 13 years ago.

This Tuesday evening it was confirmed that gardaí investigating the murder of Aidan Kelly on May 10, 2006 at Blackwater, Ardnacrusha, Co. Clare, have arrested a man in his late 30s.

He was arrested this morning, September 10, 2019, and is currently detained at Henry Street garda station under Section 50 of the Criminal Justice Act 2007.

Gardaí investigating this incident are appealing to anyone who has information, no matter how insignificant they may think it is, to contact Henry Street garda station on (061) 212 400, the garda confidential line on 1800-666-111 or any garda station.

Aidan Kelly, from College Avenue, Moyross, Limerick, was shot up to five times and left for dead in a country laneway in Blackwater near the Co Clare village of Ardnacrusha on the night of May 10, 2006.

A firearm was recovered at the location and the 19-year-old victim was alive when he was taken from the scene but died a short time later at the Mid Western Regional Hospital, now known as University Hospital Limerick.

The man in his 30s arrested today is the first person to be arrested as part of the investigation.