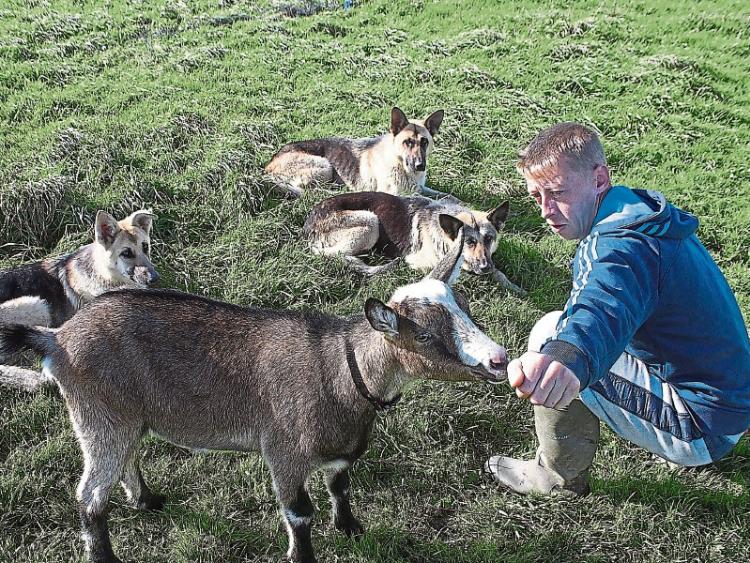 Michael Stanners, 37, who has an address at Pineview Gardens, Moyross has been charged with criminal damage relating to an incident outside a house in Delmege Park, Moyross on September 1.

At Limerick District Court, Detective Garda Eoghan McDonagh said it will be alleged the defendant called to the house on horseback at around 4pm with the intention of confronting the occupants about an incident which occurred sometime earlier.

He said a verbal altercation then took place between the defendant and the occupants of the house and that as he was leaving Mr Stanners threw a rock at the Vollkswagen Passat – smashing one of the windows.

It is alleged that around €500 worth of damage was caused to the vehicle.

Opposing bail – under the provisions of the Bail Act –  Detective Garda McDonagh said it will be alleged the defendant can be identified on CCTV from the area and that he made certain admissions when questioned by gardai.

He told Judge Mary Cashin, gardai believe the incident was linked to a dispute between a number of families on the northside of Limerick city which has erupted in recent weeks.

The detective expressed concern there could be a further escalation of tensions and that Mr Stanners would reoffend if released on bail.

He also expressed concerns that potential witnesses could be intimidated.

Solicitor Sarah Ryan said her client had “given a full explanation” to gardai following his arrest and that he was willing to abide by any bail conditions which were imposed by the court.

While noting the garda concerns, Judge Cashin said she was willing to grant bail subject to a  number of conditions including the lodging of a €250 cash bond.

Mr Stanners has agreed to live with a relative in a village in North Cork and to stay out of the Moyross and Ballynanty areas of Limerick except when collecting his social welfare once a week.

He must sign on daily at a garda station in County Cork and obey a nightly curfew as a condition of his bail.

Mr Stanners has also been ordered not to have any contact with members of a named family and to have his mobile phone turned on and charged at all times.

Investigations are continuing and the matter was adjourned to early November as a file is currently being prepared for the Director of Public Prosecutions.

It’s understood Mr Stanners may also face prosecution, under Control of Horses bye laws, in relation to the horse which he is alleged to have been riding.