Who is going to take responsibility for next fatality at County Limerick cross, asks minister 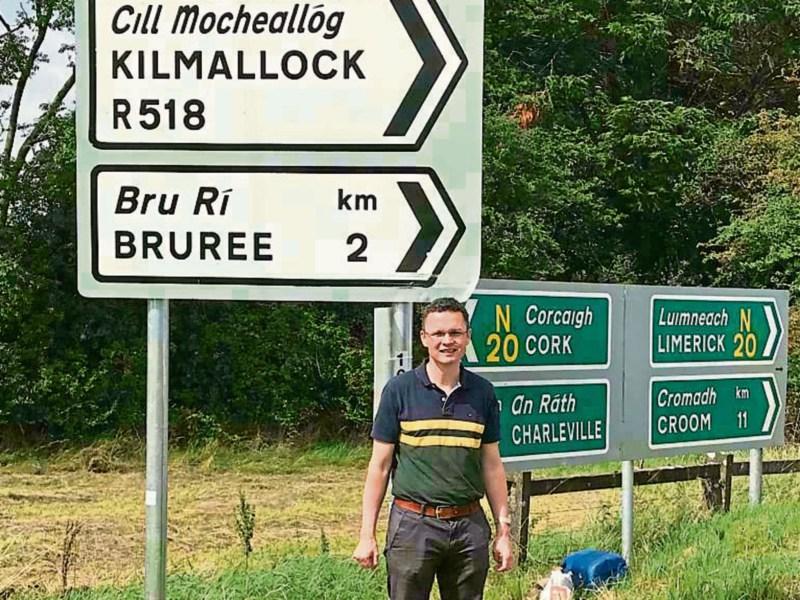 At a crossroads: Minister for State Patrick O’Donovan is calling for works to start at O'Rourke's Cross before lives are lost

MINISTER for State Patrick O’Donovan said he got “a very strong and a very clear message” after a story in the Limerick Leader on O’Rourke’s Cross.

In July, the minister dismissed rumours the project to build a €2m roundabout at the busy junction on the N20 was being shelved.

“I often get people contacting my office when they see something in the local papers, when they hear me on the radio or see me on TV in relation to County Limerick. For a constituency issue in County Limerick this has been far and away one of the biggest reactions.

“It was from people in Bruree, south, west and east Limerick and the city who use that cross every single day. The sooner O’Rourke’s Cross becomes O’Rourke’s roundabout the better,” said Minister O’Donovan.  He said every comment was in relation to “the delay in delivering this badly needed safety measure”.

“It is a major road safety issue. I am calling again for this to addressed. One of the comments sent to me was from a woman who crosses the junction twice a day everyday on her way to and from work in Cork. It was straight to the point, stark and very sombre, ‘Who is going to take responsibility for the next fatality at the Cross if nothing is done?’

“After what the Limerick Leader reported we had sentiments and comments like this sent in to us and calls made to my office. They all expressed a sense of frustration and annoyance at the pace of delivery of these badly needed works. This is one of the busiest interchanges in Limerick, the junction of two of our major arteries in the county. I have written again to the chief executive of the council asking that the issue be examined with a view to making sure that what ever needs to happen to make the junction safe takes place as soon as possible,” said Minister O’Donovan.

The response reads: “The council is proposing to install a roundabout arrangement at O’Rourke’s Cross to replace the current cross road layout.  This new arrangement received Part 8 approval at the end of 2017.  The council is currently working with its advisors to finalise the compulsory purchase documentation and the necessary appraisal guidelines for submission to TII for approval to publish the CPO.”

Back in October 2017, engineers from the Mid-West National Road Design Office unveiled their plan to the then local councillors in Cappamore-Kilmallock municipal district. It was a four legged roundabout. The meeting heard that if all goes to plan it could be in situ by 2019/2020.

Councillors expressed reservations about a four legged roundabout. Cllr Mike Donegan “strongly recommended” that serious consideration be given to adding a fifth arm to the roundabout to go directly into the filling station, and relocating both bus stops to the parking area.

In 2018, the councillors said a “gun was put to their heads” to vote for a four-legged roundabout at O’Rourke’s Cross in 2017. All seven said they wanted a five-legged roundabout with a dedicated entry to the petrol station.

They called a rare special meeting with Conn Murray, CEO of Limerick City and County Council, in October 2018. They asked Mr Murray to use his executive power to rescind their decision to proceed with a four legged roundabout. Mr Murray said it is a matter of road safety and their original decision was the correct one. Now that Mr Murray has retired it is not known what the new councillors will do.

Minister O’Donovan would not be drawn on the four or five legs debate. “I’m not an engineer so I take the best advice available. The people I represent are most anxious that it gets sorted because the people that are using that cross are fearful for their own safety and the safety of others. Whatever solution is put in place it needs to be moved on,” he concluded.