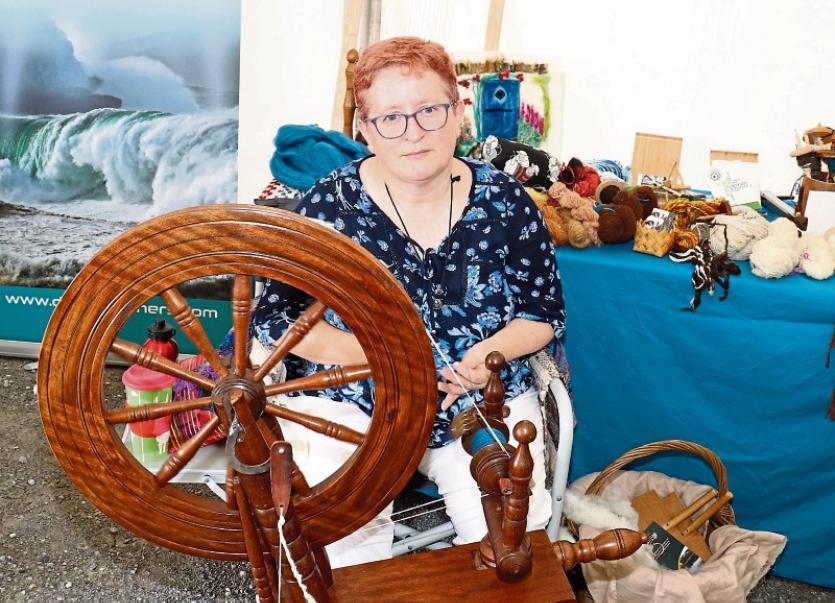 THERE was interest from adults and children alike to Boher woman Elizabeth O’Connor’s spinning stand in the craft tent.

A decade ago, Elizabeth found she had a bit of spare time on her hand, and started spinning properly.

“It’s totally a passion to be honest with you. I did my first spinning class 25 years ago in Glin, there was lady from Loughill who was teaching spinning. ​

“ I only did a weekend or two then I put it away, and went to have my family and children, and came back to it 10 years ago,” he said.

“I started off with just a spindle, which you can buy easily and readily. Then someone told me they were selling a spinning wheel. Was I interested? Course I was. So now I have more than one spinning wheel. I love showing others how to do it in an informal way how it’s done,” Elizabeth said.

Elizabeth says interest comes from both children, who are “mesmerised” as the wheel is going around, and grown-ups, who feel it’s been a long time since they saw a wheel spinning in this way.

She acquired the spinning wheel from Johnny Sheils from Carndonagh in the far north of Co Donegal, and is part of two weavers’ craft guilds.