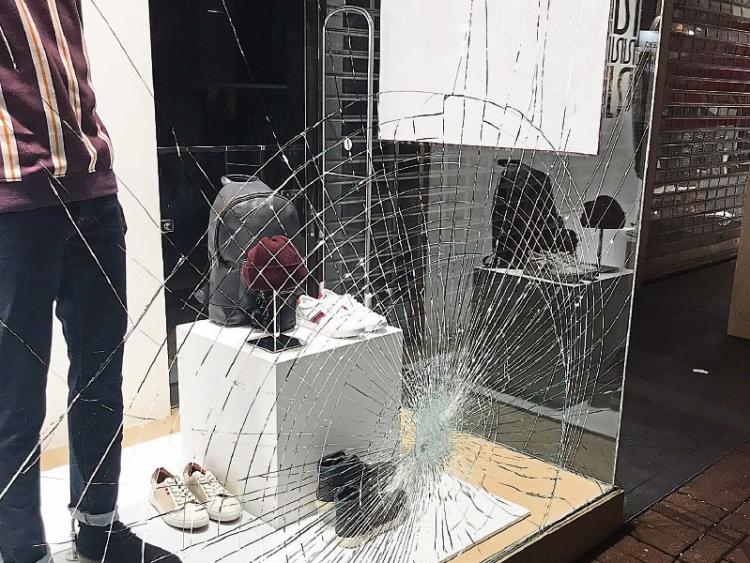 The window at River Island, one of the targeted outlets

A PROBATION report is awaited regarding a teenager who has pleaded guilty to criminal damage charges relating to a crime rampage in the city centre.

The 17-year-old has admitted multiple charges relating to offences which took place on February 1.

Thousands of euro worth of damage was caused when several large shop windows at Cruises Street were damaged when they were struck and kicked.

At a vacation sitting of Limerick Circuit Court, Judge Tom O’Donnell was told while the Probation Service has engaged with the teenager a report is not yet complete.