Residents of County Limerick town band together to prevent fatalities 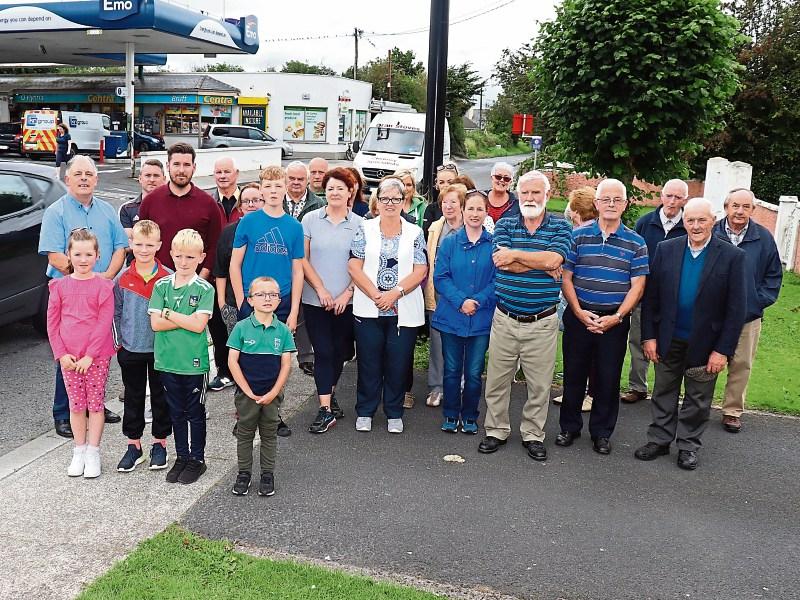 BRUFF residents have banded together to try and prevent another fatality on their stretch of road.

Michael Cronin, who lives in Ballycampion on the Limerick side of the town, said another person will be killed or seriously injured unless the council carries out remedial action immediately. He has collected signatures from locals calling for works to be done.

Mr Cronin said their main concerns are the “extremely poor condition of footpaths and major issues with speeding”.

“I have been living on the north side of Bruff for 27 years. There have been a number of road fatalities here. Also, there have been a very large amount of serious injuries sustained – it is estimated at one or two a year. On a short stretch of road it is a lot," said Mr Cronin. A particular blackspot is the bend known as The Pike. I cannot recount the number of cars which have crossed the footpath and knocked the wall at The Pike. The council have rebuilt the wall a number of times,” he added.

Mr Cronin says the footpath from the town out to The Pike is very popular with walkers, especially in the evenings which coincides with a steady flow of traffic.

“The footpath in some areas is too narrow for two people to walk side by side. Also, the footpaths are uneven and in many places too low,” he explained. But speeding is his primary concern and how to slow down drivers entering Bruff.

“The stretch of road has a broken white line. On approach to the town the speed reduces from 80km to 60km to 50km. Cars do not overtake at 50km and much higher speeds have been observed,” said Mr Cronin, who is calling for a continuous white line to make overtaking illegal.

“Firstly, when cars overtake they are right beside the footpaths with a lot of pedestrians and often children. Secondly, a busy petrol station is located at this side of the town. Cars overtake outside the shop which is very unsafe as traffic is pulling in and out,” said Mr Cronin. There have been countless near misses on the road, he says, which the father has personal experience of.

“I was crossing the road to go to the petrol station with my seven-year-old daughter and my five-year-old niece. As we waited to cross one car overtook another at high speed and the wing mirror of the car was inches from clipping the children in their head.While I was out securing signatures one elderly resident told me how they were almost struck by a car which mounted the footpath while overtaking a car,” said Mr Cronin.

He said he and other locals will continue campaigning until ramps and other traffic calming measures are installed to slow down drivers, an unbroken white line put down and the footpaths repaired to make them safer for pedestrians.

Minister Patrick O’Donovan has met with Bruff residents and council staff. “It is a very busy main artery through the county. The council is very favourably disposed to carrying out works. I intend to meet them again,” said Minister O’Donovan. While Cllr Brigid Teefy put down a motion calling for traffic calming measures.

Read also: Zena, Jennifer and ‘Dasher’ in running to be town’s new mayor