Sarah takes Limericks prize and we present the best of the rest (some are lewd, so you've been warned!) 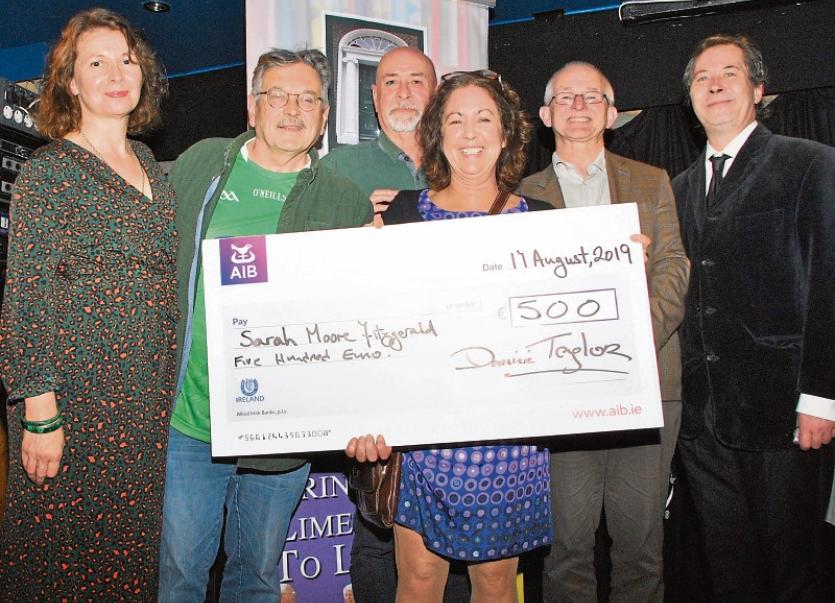 UL academic and writer Sarah Moore Fitzgerald is the author of this year's winning composition in the Bring Your Limericks to Limerick competition.

Now in its sixth year, the competition is organised by the Limerick Writers Centre, and was first run in 2013.

Academic Sarah is based at the University of Limerick, possessing expertise in psychology, pedagogy, writing and creative practice.

In 2018 she completed her second term as chair of Ireland’s national forum for the enhancement of teaching and learning.

Her most recent novel A Strange Kind of Brave, was published in July.

She took home the grand prize of €500 at the event hosted in Dolans for the following composition:

While I fancy myself as a bard

Reciting a Limerick is hard

This poem’s a mouthful

My talent so doubtful

That I fear I'll be mentally scarred

The worthy runners-up on the night was Clare Dollard with the following effort:

There’s Facebook, Netflix’s & chat,
Twitter, Blogs & What’s App.
Can we go for a walk,
Sit down & talk
Figure out where our friendship is at?

Patrick McNamara came in third place with this one

Near one of our four, four faced clocks
To be seen go young queens and young cocks
In the aisles they're out rollin'
It's all thanks to Mick Dolan
For that spot by the docks that just rocks.

The following is a selection of some of the other entries that took the judges' fancy.

There once was a British Prime Minister,
more stubborn and stupid - than sinister.
She had Philip and Brexit
jammed right up her exit;
how apt - that it finally finished her.

All the young are extinction rebelling
Who can blame them, us old ones need telling
Species die one by one
And forever they’re gone
When it’s our turn, who will hear us yelling?

At a cliff edge an automobile,
Boris Johnson asleep at the wheel,
No might and no may,
No remain or delay,
He’ll drive over, deal or no deal

Said Yeats, 'tho I'm eighty years dead
My poems are still being read.
You may cast a cold eye
On the place where I lie
But you cannot forget what I've said.'

While the US and China compete
and their industries turn up the heat,
we can't burn logs,
or turf from the bogs,
and now we must stop eating meat.

The Haiku's peculiar metre
Quite simply it couldn't be neater
With its five-seven-five
Syllables to describe
One’s thoughts, what 'limerick' could beat her

Homogenized thought is all the rage.
We praise narcissism, at every stage.
We lock up our thinkers.
Let's put on the blinkers,
and jump in the media cage.

I am filled with grammatical woe,
when writers of copy don't know
that failed punctuation,
needing no explanation,
past the editor's desk, it won't go.