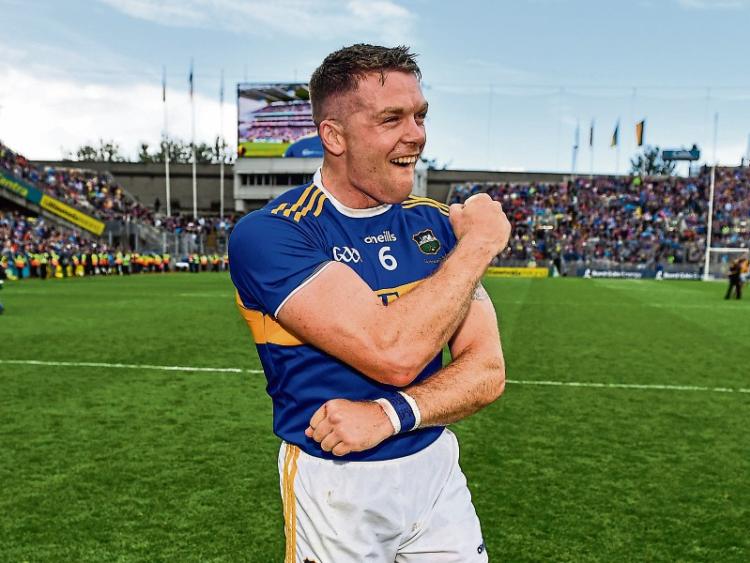 VERY few in Limerick would have been cheering on Tipperary over the weekend – but one community was willing the Premier County hurlers to victory.

Tipperary’s hurlers cruised past Kilkenny on Sunday to win a 28th All-Ireland title, replacing Limerick at the pinnacle of the game.

And while there was extreme disappointment the Treatymen missed out this year – falling to the Cats at the semi-final stage – there is some bit of solace in the fact Corpus Christi school in Moyross will still get a visit from Liam MacCarthy this year.

That’s because Tipperary centre-back Padraic Maher, who works as a community garda on the northside, had promised in the event of his team lifting the title, he would bring the famous old trophy to the school.

“He will be bringing in the cup, that’s for sure. It just shows that we don’t have to win the cup to see it,” said community activist Jude Meaney, a notes correspondent with the Limerick Leader.

“He is a lovely fella, and great for the community. He’s a great example to the children with regards to ambition. The kids would know him, He has been working here for six months and would chat to them on a regular basis,” Jude added of the 30-year-old.

It will be the MacCarthy Cup’s second visit to the parish in as many years, with Shane Dowling and William O’Donoghue of Na Piarsaigh dropping in last year.

“He is very suited to the role of community guard. He is a good example and a great role model for the children here in Moyross. He is hard working and has shown such great character. It would be about building a strong relationship between the role of the guard, residents and young people. That would be key here too,” she told The Leader.