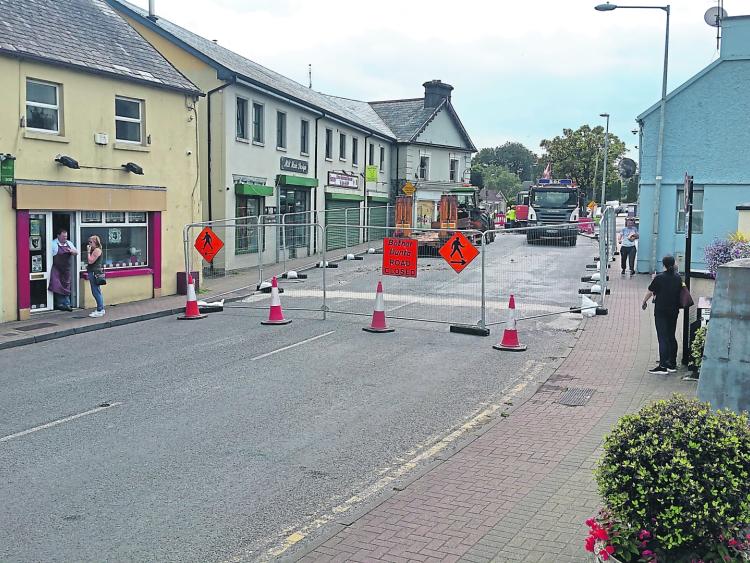 LIMERICK City and County Council has confirmed that the roadworks which necessitated the closure of part of Main Street in Caherconlish have been completed and the road has reopened.

There has been major disruption in recent weeks but all diversions have now been lifted. The news has been welcomed by Senator Maria Byrne and Cllr Brigid Teefy.

The road had been closed to all vehicular traffic from July 22 to allow for the reconstruction of the road, which had been identified as having structural faults in the road surface and the sub-base.

The length of the closure of Main Street was approximately 145 metres from the Old Cemetery continuing to the southern end of the petrol station on the R513.

The works were due to continue until August 16, however through the efficient use of resources and the hard work and dedication of staff, the road has reopened earlier than scheduled.

Limerick City and County Council sincerely thanked the businesses, residents and visitors to Caherconlish for their patience during the works.

Cllr Teefy also thanked business owners and residents for their patience and co-operation. She said the contractor and council staff worked “unbelievable hours” to get it done earlier than expected.

Senator Byrne congratulated the council on the progress they have made with this project.

"Limerick City and County Council crews worked diligently from Monday to Friday and on Saturdays to minimise the length of the works which has ultimately resulted in the works concluding early by two weeks,” said Senator Byrne.

Residents, businesses and commuters in Caherconlish and the wider area will be pleased that the work is concluding early, said the Fine Gael senator.