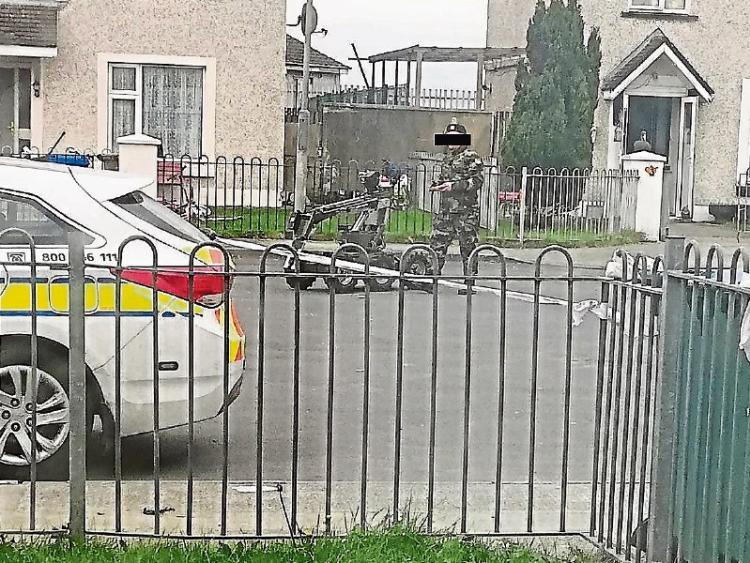 A MAN who is charged in connection with the discovery of a pipe bomb at a house in the city earlier this year has been refused bail.

Anthony McNamara, 34, of Ballygrennan Close, Moyross faces a single charge, under the provisions of the Explosive Substances Act, in relation to the discovery of the device on February 14, last.

It is alleged the improvised device, which was subsequently found to be viable, was discovered in a wheelie bin outside the defendant’s home at around 9.30am.

Opposing a bail application, Detective Garda Declan O’Halloran said the device, which was made safe by a Defence Forces EOD team, consisted of a metal pipe which was sealed at each end and which had been filled with ballbearings and components from fireworks.

A number of homes in the Moyross area were evacuated as a precaution following the discovery of the pipe bomb in February.

During the bail application, Detective Garda O’Halloran told John O’Sullivan BL, prosecuting, it is a serious case and that he believes there is a strong case against the defendant.

He also expressed concerns that Mr McNamara would not comply with conditions if released on bail.

Earlier this year, the Director of Public Prosecutions directed that the matter should proceed on indictment and the case came before Limerick Circuit Court before the summer vacation after a book of evidence was completed and served on Mr McNamara.

Barrister Eimear Carey, instructed by solicitor John Herbert, said her client was anxious to secure bail and that he was willing to abide by any conditions imposed by the court if released.

Having considered the garda objection and noting the provisions which are set out in the Bail Act, Judge Tom O’Donnell said he was refusing bail as he had some concerns.

The defendant was remanded in custody pending his appearance before the court again later in the year.