Don't mind me: Has my hair held me back in life? 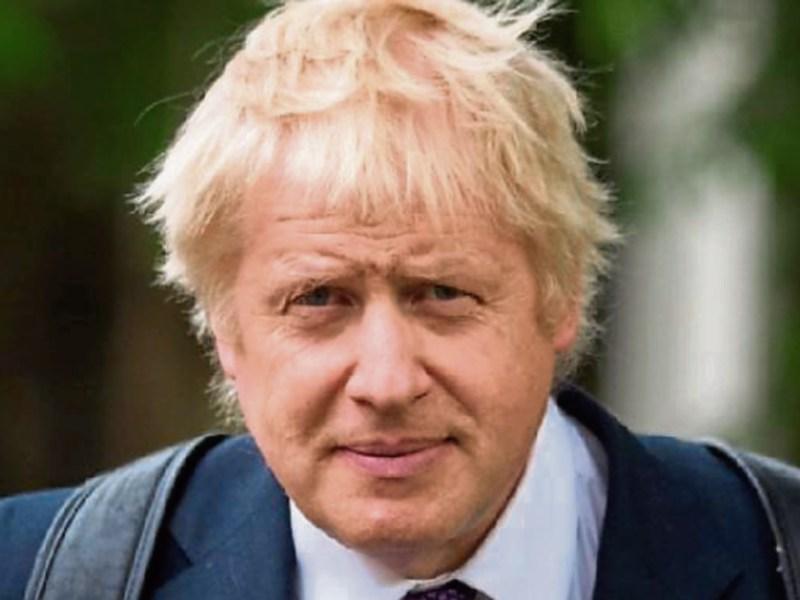 How many good jobs in the bank could Patricia have landed if it weren't for her hair style. She feels sympathy with Bojo on this one

CRIKEY, could I ever possibly have missed out on a meteoric banking career just because of my dishevelled, flyaway hair?

The very idea is beginning to infuriate me, especially after hearing AIB chairman, Richard Pym, say that he wouldn’t give a bank job to any applicant who appeared before him at an interview without having combed his or her hair.

Einstein would have been disqualified straight away, with or without his theory of relativity.

Oh, I know Mr Pym was referring to Boris Johnson, and since we don’t like Boris that much at the moment, his hair – like Donald Trump’s – is fair game. Einstein was right; everything is relative.

Also, we must remember that the banking tycoon was speaking at the annual McGill summer school in Glenties, where economic gurus often lose the run of themselves advocating hair-shirts if not hairstyles.

Nevertheless, I’ve chosen to take offence. I’m outraged on behalf of those of us who have never known a good hair day in our lives and now believe that we may have been the victims of discrimination at job interviews.

Truth to tell, I’m tearing my hair out. God, it was bad enough being female in pre-gender equality days, but to think that we might also have been judged on our hair management is too much to absorb.

Now, there are people who sail through life and they never have a hair out of place. You have no idea how much I envy them.

Some women I know run marathons in gale force winds, with their crowning glories set firmly in the most elegant coiffures that remain miraculously intact as they cross the finishing line.

Like Boris Johnson, I can’t even go for a walk without my hair being all over the place. Actually, I can’t even lay my head on a pillow without waking up looking like a Navajo Indian.

The truth is that some hair doesn’t lie down without spraying it with tarmacadam, at least once.

We’re Celts, aren’t we? According to the sleek ancient Romans, the Celts were a slovenly, dishevelled lot who, even in the heat of battle, could never keep their wild golden locks under control.

But the Romans stop short of saying that they wouldn’t give them a job if they appeared before them at an interview with their hair all tangled.

Of course, the Roman view may have been nothing more than a bit of Ciceronian propaganda.

The Welsh historian Cambrensis tells us, on the other hand, that after the hunt, the Fianna never sat down to eat without first taking a bath and combing their hair.

They’ve even found some of the ancient combs, as proof.

Also the Book of Kells is littered with pictures of guys who combed their hair assiduously and presented a highly groomed image to posterity.

But I’m inclined to think that they were a bit too image conscious. With all due respect, some of them look like bankers. On the other hand Brian Boru looks as if he never had time to comb his hair, and the Quigley clan, whose proud lineage stretches back to a Milesian king, won’t be too bothered, I hope, to hear that the name means ‘he of the unkempt hair’.

Sadly, I wasn’t endowed with wild Celtic locks that could be tamed into submission by the energetic use of a comb or a brush or even by a blow-dryer.

Mine was more of the wet fish variety that looked lank and limp most of the time, but which when you least expected it, would go into over-drive and produce enough static to make the hair stand on my head. Rigorous combing and brushing only made it worse. Brylcream was out of the question in case it made me look like Al Capone, and dollops of hairspray made it look as if I was trying too hard.

The chairman of AIB wouldn’t have been impressed and that’s for sure. Whatever about my business acumen, I could never do anything with my hair. I simply wouldn’t have got the job. My sympathies are entirely with Boris on this one and whatever we think of him politically - or of any other world leader for that matter - I wish we wouldn’t descend to personal comments about his appearance or image or the state of his hair.

As for the job in the bank! Well to tell you the truth Mr Pym I would never have wanted a job in AIB anyway and I doubt very much if Boris Johnson would have wanted one either.