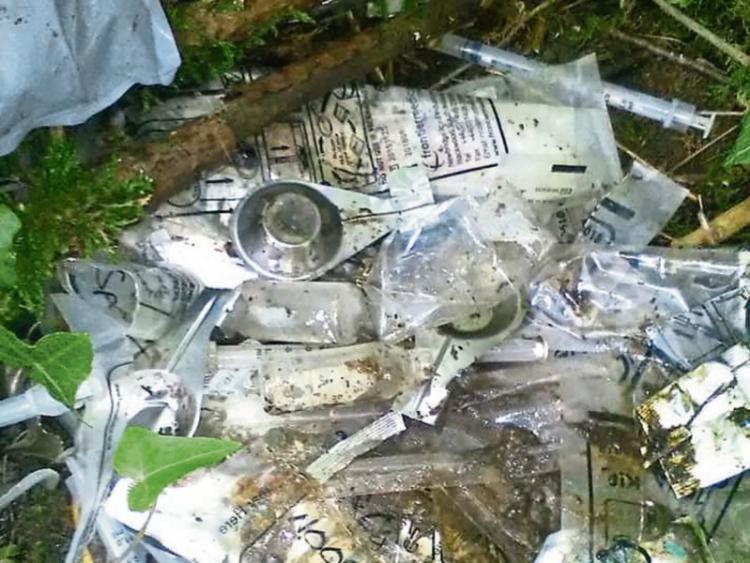 Drug paraphernalia was left scattered around the park

METROPOLITAN district leader Cllr James Collins has called for an increased garda presence around the Baggott Estate after drugs paraphernalia were discovered in the park.

Syringes, utensils to cook heroin and tablets were discovered in the undergrowth of the grass at the popular facility.

It has sparked safety concerns from local residents, including Cllr Collins who walks the park on an almost daily basis.

“You never want to see drug paraphernalia dumped in a local amenity. There are kids nearby. I use the Baggott Estate regularly, I bring my dogs down there most days and residents have been in contact with me about anti-social behaviour and wondering what is going on down there,” he said.

“When you see pictures like these which have appeared on social media, it brings home the stark reality of what is taking place. Unfortunately, there are some people using it for the wrong reasons,” he explained.

Plans for the southside are currently subject to a masterplanning process, but Cllr Collins is disappointed there has not been more information on this, with the consultants responsible, Allies and Morrison not in Limerick for a number of months now.

“There has also been concerns raised by residents around kids using scrambler bikes in some of the fields nearby. There has been calls for increased CCTV and for it to be monitored. But also, we need our local police to take time on this.”