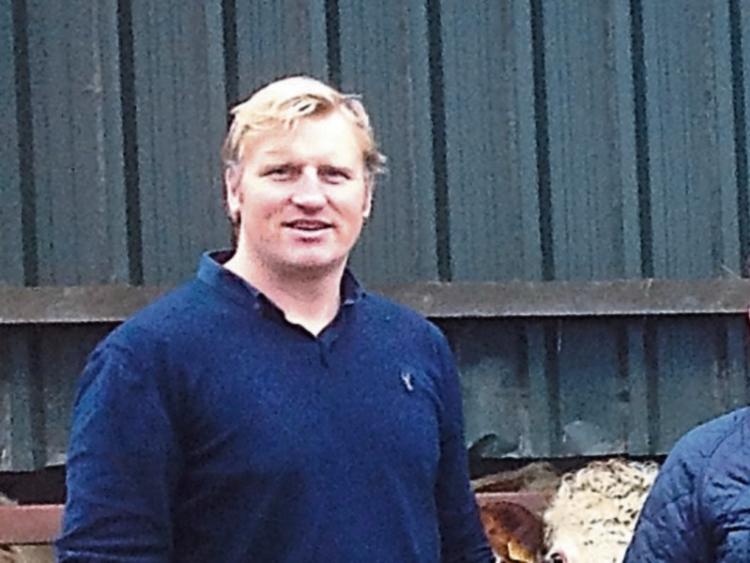 THE PRO of Limerick Beef Plan Movement, John Moloney, says that Article 45 of the Irish Constitution states that all men and women of the State have the right to an adequate means of livelihood through their occupation.

“This is presently not the case in the beef sector. Factories are now quoting prices of around €3.50/kg which is well below the cost of production. At the same time retail prices for beef seem to have changed little over the past year. The Beef Plan Movement recently displayed a breakdown of how every €10 spent on beef is distributed within the industry. The retailer receives €5.10 for three days’ work, the processor receives €2.90 for three days’ work and the farmer receives just €2 for two years’ work! It is clear the farmers’ margin is shrinking year on year while retailers and processors are increasing theirs,” said Mr Moloney.

On Wednesday, July 10, thousands of farmers stood outside the Dail demanding action.

“One way which may alleviate some pressure within the industry in the short term may be to remove the 30-month age limit. The Beef Plan Movement believes this age limit is forcing farmers to sell cattle when prices are low. Over the next three months many spring-born cattle will be hitting the 30-month age limit and farmers will have to sell regardless of the price.

“This flood of cattle hitting the market is going to put further downward pressure on the base price. If this limit was increased to 36 months there would be a more even output of cattle from farms. Some of the major retailers have claimed the 30-month age limit is customer driven.

“However, the Beef Plan Movement carried out surveys outside several retail units in Ireland and found that very few urban consumers had ever even heard of the 30-month age limit. Many farmers believe the age limit is used as a method of sourcing cheap beef. If this is the case it is anti-competitive and Government intervention is required. Our politicians need to do everything in their power to alleviate the pressure farmers are under. Beef farmers have a right to make a living from their occupation as much as any other citizen in the State,” said Mr Moloney.