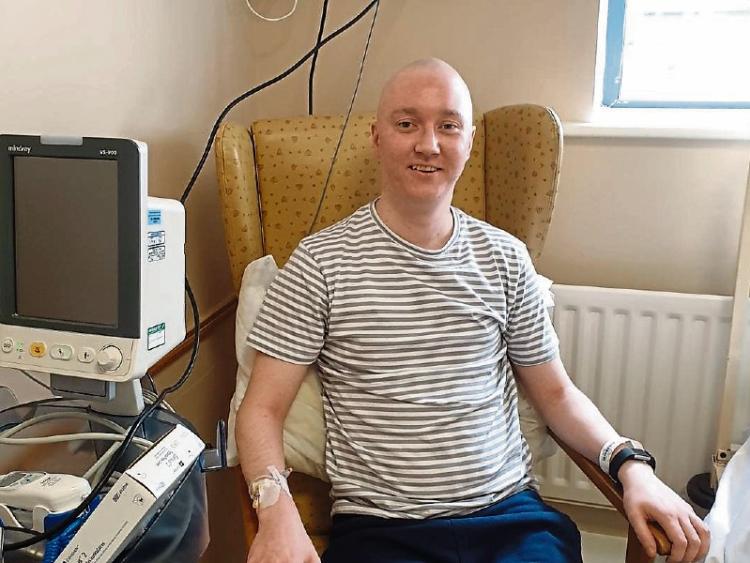 OVER 1,000 people have put their hands deep in their pockets after a popular young man’s mother made an appeal to give her son “a chance at life”.

He first developed severe neck pain in 2016 but an MRI didn’t show any abnormalities. No one could find what was wrong. In early 2018, Kevin developed shortness of breath while out walking and in May 2018 a chest X-ray revealed a cancerous mass in his left upper chest. Kevin was told this was inoperable due to its proximity to his heart. IV chemotherapy began immediately which proved promising.

However, in early 2019, another tumour developed, again treated with chemo but more bad news followed with yet another growth close to his heart developing. Despite being utterly shocked with the news that he had cancer, Kevin came to terms very quickly with the diagnosis, according to his mum Mary.

“He never let it get to him. He made a decision there and then not to even Google it. He just asked what’s next and has since been following the doctor’s plans to get him back on track. Even on his darkest day, the days he is so weak, he still remains positive and I’m so proud of him for this,” said Mary, who is currently looking after him in the family home in Newport. She describes Kevin as “the most positive person” she knows.

His options for treatment are now limited. Kevin’s body isn’t able for more chemotherapy and now needs to switch to immunotherapy treatment to give him the best chance possible. He did apply for funding but was rejected because he doesn’t qualify. The cost per infusion is €8,085 and it's forecast that Kevin will need a minimum of eight for it to work.

The community of Newport have banded together to try and raise the much needed funds immediately. Immunotherapy is not as hard on the system as chemo is; doesn’t have as much nasty side effects; will improve the quality of Kevin’s life and give him the best option to keep the cancer at bay

Kevin, who completed a Masters in Culture and Colonization in NUIG, was working as a digital marketing executive up until his diagnosis in Limerick.

Mary said she hopes “the community can give her son a chance at life”.

“People in Newport have been so giving and so loving so far and we would be lost without them. People who Kevin never even met have arrived at the door with holy water, holy medals, prayers, offers of help and good wishes. We have been so humbled by this kindness; it makes the whole process a little easier on us all.”

Donations can be made at Kevin Bourke treatment fund Go Fund Me page.