Reasons to dream: Limerick band makes waves in the UK with debut album 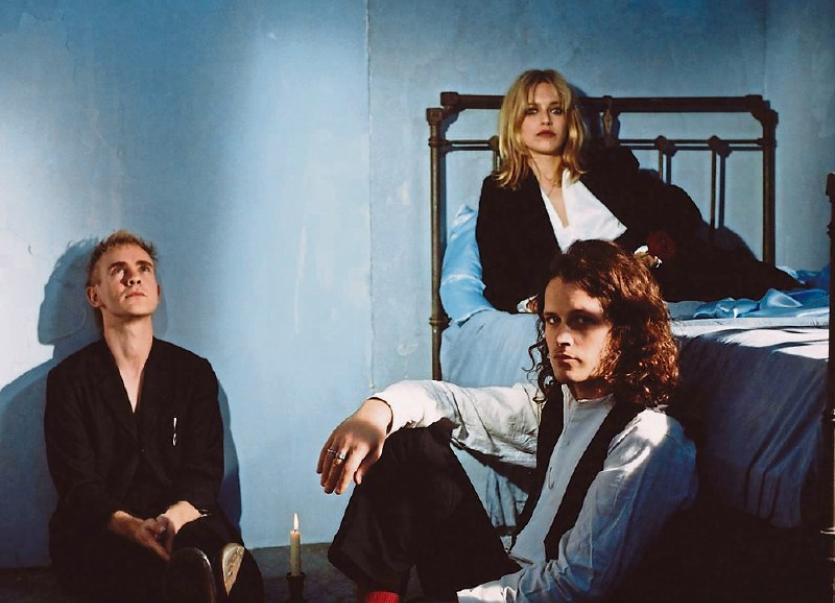 ALL the fivers in the history of Costello’s Tavern could never buy the talent and creativity of three wishful musicians living on fringes of Limerick city, geographically and artistically.

But this is largely where it began for the rising Limerick-Clare trio, Whenyoung.

From the hopeful reveries of musical success in Limerick and Dublin, to making that dream a reality in busy London, Whenyoung has hit a new pressure point in the alternative rock scene with their appropriately-titled debut album Reason to Dream.

Comprising Raheen frontwoman Aoife Power on vocals and bass, Parteen guitarist Niall Burns, and Clonlara drummer Andrew Flood, Whenyoung have been on the gig circuit for more than four years, having first emerged on the scene as Sisters.

And within around two years, the three were handed the pen and paper to sign a life-changing contract with major record label Virgin EMI, who “didn’t want to change anything” about their raw, deeply-emotive and personal style, says Andrew.

It might be cliched to liken any emerging Limerick rock band to The Cranberries, but Reason to Dream is teeming with the alluring qualities of Everybody Is Doing It, So Why Can’t We?

Like that iconic debut in 1993, Aoife Power’s multi-range vocals is unequivocally Irish with that extra punk punch, while the songs are laden with lyrics that are introspective, universally relatable in its reflection of modern youth.

And while sharing some attributes with The Cranberries, who recently released their final album, Whenyoung is very much their own outfit with hints of the underground rock and punk scenes of yore.

“It would be hard to be from Limerick and not have them as an influence, even if you weren’t like the kind of music they make,” Andrew tells the Leader, adding: “definitely growing up, it was always that thing of they’re from Limerick and they did it, so surely we could do it.”

For the trio, whose lyrical mastermind and melody backbone is the frontwoman, the writing process is emotionally real, and a way for them to “heal or make sense” of life experiences.

“But everything we write and create, it has to be something that feels real that gives us a feeling inside or we don’t do it. If it doesn’t give that feeling to us, it won’t give that feeling to anyone else. So we always to create that sense of inner-euphoria emotion with our songs. And with Aoife, everything she writes is something real and that she has experienced and that she can talk about, and it’s like a cathartic process,” Andrew explains.

This catharsis is particularly evident in their latest single Future. Though it deals with the grim reality of suicide on a personal level, there is an upbeat counterpoint with its liveliness.

“Future was written about a friend of ours who died by suicide a few years ago in Limerick and that was something that affected us so deeply that we felt like we had to write a song, and that was our way of dealing with it, and that’s how we got to talk about it.

“And being from Limerick, you know as well, what a big problem suicide has been for so many years. That’s just an example of something we have gone through and one reason why we felt like writing a song,” the drummer says.

And while they have been close friends since their underage-drinking teenage years, bonding over beers while glued to the famous sticky carpet of Costello’s, they each arrived in London at different times and were all working in non-music-related jobs before becoming who they are now.

Now all 29, Aoife was a gardener, Niall worked in a book store and Andrew was in a restaurant.

“We could all look after each other; Niall could supply the literature; I could supply a bit of food; and Aoife had the flowers!”

“It was like a polar opposite to what we were used to. That was kind of what strengthened our bond and made us more determined to try and make something of it. But also at the same time, I think, it initially made it quite exciting for us.

“Everything we experienced was a new experience. I think, ultimately, it made us more determined as a band, and it helped us meet so many different people and see so many things we wouldn’t have seen had we not started the band there. It helped us unlock that side of us, you know, to help us expand.”

Securing the Virgin EMI deal took a long time, having to relentlessly promote their work through any and every small- or medium-sized gig in town. But the three struck gold after episodes of luck and fate.

“We literally just went with the person who had the same musical tastes as us and really believed in what we were doing, and didn’t want to change anything.

“That was almost two years ago, and in the last two years they have just allowed us to do what we wanna do and help us to grow.

And having completed a tour in April, Whenyoung are soon back on the road for the annual summer festival season, with plans to tour UK, Ireland and Europe. And it is likely that Whenyoung will make a hometown return in the near future.

“London for us, it feels temporary. Limerick is still home. Every time we come back and play a show, it’s such a nice feeling coming back home. We would love to set our sights on King John’s Castle or, they started doing those Docklands gigs, to be able to do that at some point in our career would be an amazing feeling I think.”

Reason to Dream is now available across all platforms. According to Spotify, the band have an average of more than 270,000 monthly listeners.