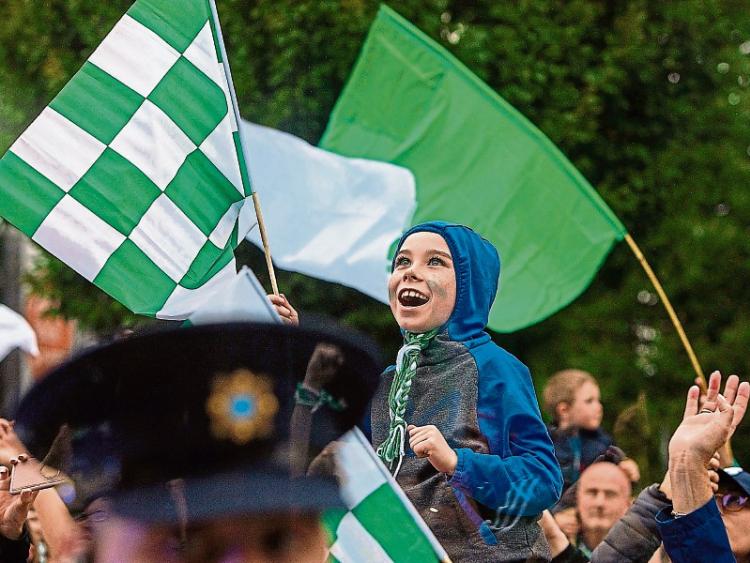 WHILE initial ticket sales were slow, it was confirmed this week that over 50,000 tickets have been sold for Limerick's All-Ireland hurling semi-final in Croke Park on Saturday night.

Limerick’s hurlers face Kilkenny, with a 6pm throw-in at GAA headquarters, with the county’s minors facing the same opposition for their 4pm semi-final.

There are​ expected to be up to 60,000 in attendance at Croke Park on Saturday evening, with 50,000 tickets already sold.

The minor and senior games are both on television, with pubs across the city and county expecting huge crowds in to view both games.

Ahead of the game, Mayor of Limerick, Cllr Michael Sheahan has urged business owners across the county to ‘go green’ to give our hurling stars an extra lift.​

“I'd like to wish John and the team all the best of luck. I'm appealing to businesses all over the city and the county to show their colours on their business premises. The Limerick people were very slow to put their colours up outside their premises, even during last year's All-Ireland success. I'm asking Limerick businesses to go green outside their premises,” he told The Leader.

Cllr Sheahan added he is “tremendously proud” of John Kiely’s charges, who are bidding to make it back-to-back All-Ireland final titles.

“I'm so proud these lads have come this distance so far, and take all the trophies on offer since the All-Ireland final last year. I'm very proud of the way they have conducted themselves and represented our county and city throughout the year,” he said.

And, he argued that the panel is stronger this year than it was last.

“The bar has been lifted. I think he has great depth in the panel. I think he has more of an equality of ability within the panel in that the lads who are coming on are every bit as good as the lads coming off. He has depth and ability in numbers this year,” Mayor Sheahan added, “They are all really good lads.”

If Limerick get past the Cats on Saturday night, they will face either Tipperary – who they beat in the Munster final – or Wexford, who are arguably this year’s surprise package.

Their semi-final is on Sunday, with All-Ireland final day on Sunday, August 18.

Last year, the Treatymen needed extra-time to get past Cork. A similar scenario this Saturday may see tens of thousands of Limerick fans racing to get the last scheduled train from Heuston, which leaves at 9pm.

With this in mind, Irish Rail last week confirmed it will be laying on an additional service at 9:10 to ferry supporters home.

The last scheduled Bus Eireann coach service leaves Busaras at 8.30pm – but the national bus firm is laying on a special service at 9pm.

JJ Kavanagh is running a special service direct to Croke Park. Post-match it leaves the venue at 8.45pm

And Dublin Coach, which operates services up to 11.45pm from the capital back to Limerick will be adding extra capacity.

Fans are advised to book their travel online as soon as possible – or telephone the relevant travel company.

Tickets are still available to buy from www.tickets.ie, plus selected Centra and Supervalu branches. They are priced from €35 for Hill 16 tickets to €50 for seats in the stands.

For supporters who cannot attend, the senior clash will air on RTE Two, with the minors appearing on TG4.