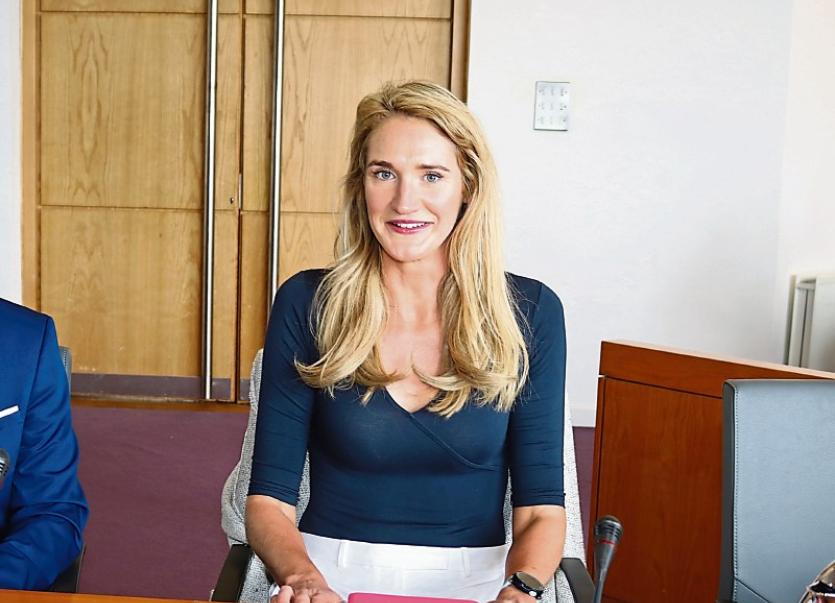 Cllr O’Donovan, a former brain injury co-ordinator at the Headway charity, is furious at motorists parking on footpaths and in bus stops.

She feels behavioural change is not getting through to people – and the time has come to “start penalising people more”.

“It’s horrible, but we need to do this as a society. It’s the only way which we are going to move forward,” the City West member said.

In a question put at this month’s metropolitan district meeting, Cllr O’Donovan asked what the local authority is doing to take on these “poor parking practices”.

“I have worked with people who are wheelchair users or who have limited mobility and they literally cannot access the pavement,” said the councillor.

“Buses cannot pull into bus stops – people cannot access them from the pavement because of parking in stops. Every time you go past a bus stop, there’s normally a car placed there,” she told The Leader.

In a written response, Kieran Lehane, the council’s  manager in the metropolitan area stated: “Where the traffic warden encounters an illegally parked vehicle, it is immediately issued with a fine.

“In addition, the council has introduced colour-coded tarmac to more clearly identify bus stops in the core business district and improve public transport,” he added.

“On a more general issue of poor parking practices, the council’s traffic wardens issue fines for parking on double yellow lines, pedestrian crossings and parking within five metres of a junction.

“It’s important to note that An Garda Siochana are very active in relation to all of the above offences and work collaboratively with the council on enforcement,” he added.

Cllr O’Donovan believes behavioural change is “not getting through to people,” hence the need for an increase in the number, and monetary value of fines issued.