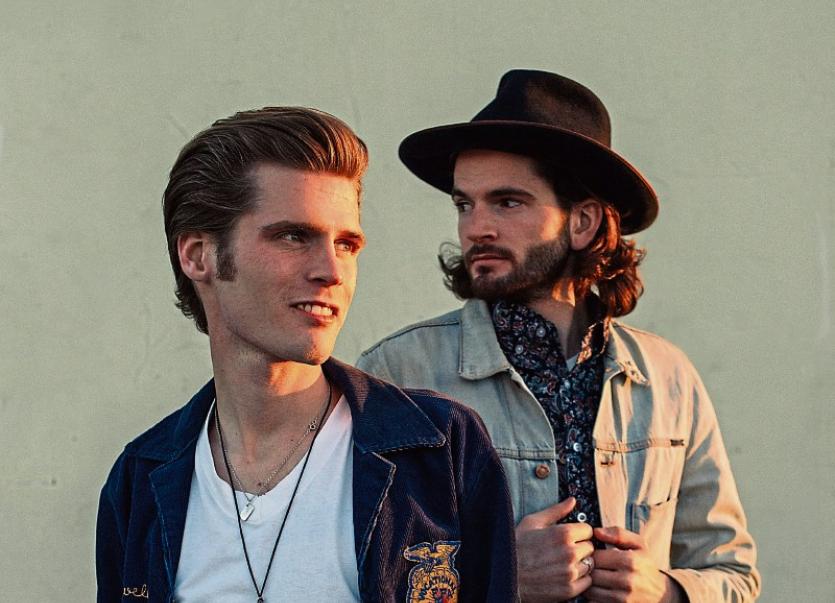 They are set to take in a date at Live at the Big Top on Friday, October 11.

Brothers Harry and Alfie-Hudson Taylor make up the duo, and have gone from strength to strength since forming in 2011.

Since first emerging on Youtube and Dublin’s Grafton Street many years ago as Harry and Alfie, they rebranded to Hudson Taylor marking a shift in maturity and direction. The duo has been growing and evolving to match that ever since.

After supporting the legendary Rolling Stones in Hyde Park in 2013, their career has blossomed since.

2018 proved to be the biggest year of their career so far, with the EP Feel It Again reaching number 4 in the Irish Album Charts, opening for Wicklow’s troubadour superstar Hozier on his recent sold-out American tour, preforming on Good Day New York on Fox, and headlining their own-sold out shows in New York, Washington DC and Boston.

The lads credit their energetic performances to the adrenaline of the crowd and the great musical chemistry they have with their band.

“We keep each other on our toes. Playing on stage, playing in front of people, it’s such a pleasure of an opportunity… We’ve just kind of always try to have fun and not take ourselves too seriously or become too nervous,” said Alfie.

Tickets for Hudson Taylor Live at the Big Top in Limerick go on sale this Friday July 26 and can be purchased via www.dolans.ie or on Ticketmaster.