'A danger to residents': Calls to ban scrambler bikes in Limerick city 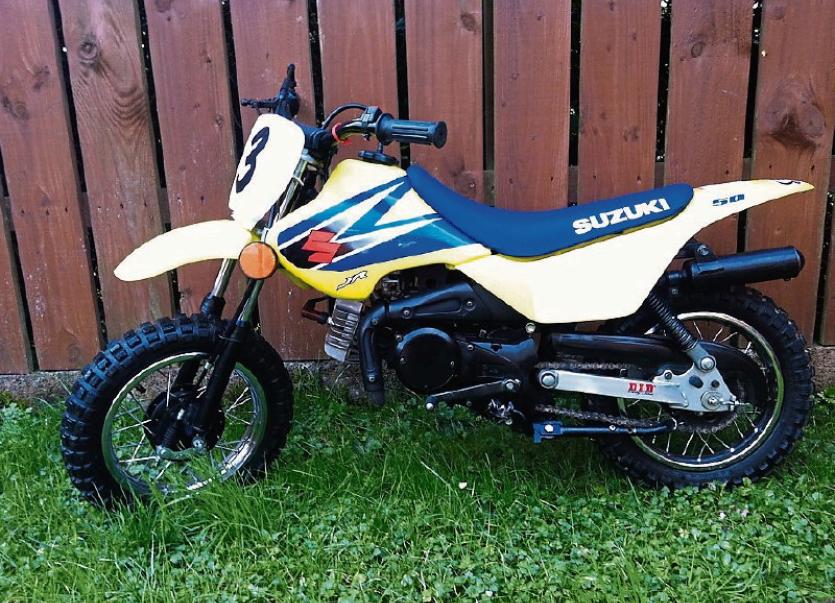 A CALL has been made to ban the use of scrambler bikes in Limerick city.

At this month’s metropolitan district meeting, Labour councillor Joe Leddin asked council bosses to consider introducing bye-laws with the Gardai to prevent the use of the bikes on public footpaths or privately owned land.

It comes with the vehicles causing massive social problems in neighbourhoods across the city.

People riding on scrambler bikes have been blamed for destroying sporting fields and parks with their antics.

Cllr Leddin’s party colleague, Cllr Elena Secas said the use of the bikes was a big issue on the doorstep at local election time.

She said: “Quite a lot of people would have raised this with me, especially in the Janesboro and Roxboro areas. It's a big issue with me. They are very dangerous and something needs to be done, some measures need to be put in place. Otherwise, people will think someone might get killed.”

She suggested specific areas, well away from public lands could be used for kids who do want to use them.

“You have to see what measures have to be put in place to make them safe,” she said, “There are a number of things which needs to be considered to see how you are going to tackle this issue so nobody gets hurt or even worse.”

In a written response, Brian Kennedy, the director of services said that under section 199 of the Local Government Act, the council can introduce bye-laws in relation to the land under its ownershop, control, or management.

“In that context, the council has included bye-laws regulating the use of vehicles, including motorbikes in its existing parks and open spaces bye-laws. However, the council does not have the power to regulate the use of private lane via bye-laws,” he wrote.

Previously, Cllr Leddin said a number of residents in Ballinacurra Weston had raised concerns over the scrambler bikes.

He said then: “There are a couple of issues here. First of all, an awful lot of these people who are getting the scrambler bikes don’t have the experience on how to operate or manage the bikes  They are creating a huge health and safety issue in the community that they are driving these. They are a danger to themselves. A danger to the residents and a danger to young children, who may be in the area.”