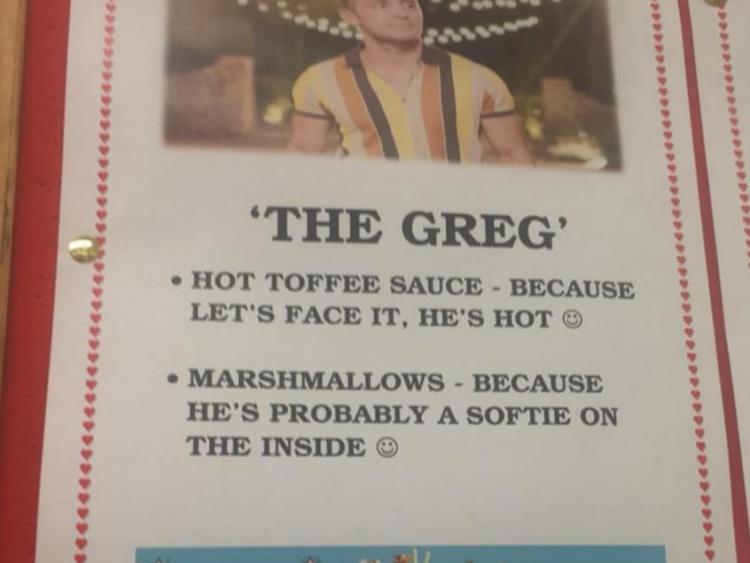 The ice cream, which is being sold in a shop in Dooradoyle, is apparently based on the personality of the former Crescent College Comprehensive student.

According to “The Greg’s” creator, the ice cream contains hot toffee sauce “because let’s face it, he’s hot” and marshmallow because he’s probably a softie on the inside.”

Greg joined the show last week, and has proved quite popular both on the island and to those watching back home.

The 24-year-old professional rugby player, played in an Olympic qualifier a week before joing the show, with the Irish team still in with a chance of competing in Tokyo.

Greg is expected to return to the rugby field next season, with preseason for the Seven’s side not starting until the end of August ahead of their first tournament in Dubai.