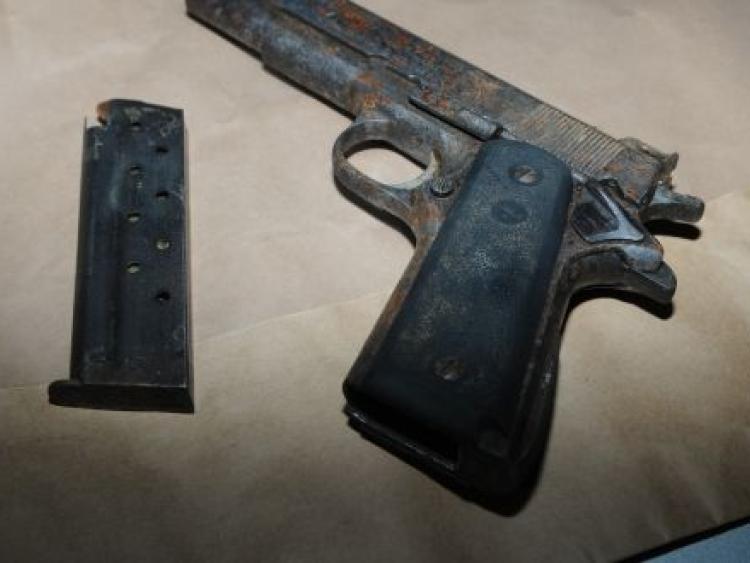 TWO Limerick men have received sentences totaling 21 years at the Special Criminal Court after armed gardai stopped them in a car and found a loaded handgun, a petrol canister, latex gloves, clothes and cocaine.

Justice Tara Burns, presiding, on Monday, said the two men were part of a "carefully planned operation" and the handgun was loaded with eight rounds, one of which was in the breach ready for immediate use.

She said the court does not know what the ultimate plan was but, she added: "That doesn't take away from the very serious nature of the offence."

John O'Donoghue, 29, with an address at Cliona Park, Moyross, Limerick and Paul Whelan, 25, of Dalgaish Park, also in Moyross, Limerick, were found guilty earlier this year by the non-jury, three-judge court  of possession of a 9mm Colt, semi-automatic pistol with intent to endanger life at Park Road, Limerick on July 30, 2018.

Following sentencing members of the convicted men's families cried as they hugged them before they were led away by prison officers.

Detective Garda Donnacha Coakley told prosecution counsel Dominic McGinn SC on Monday that O'Donoghue has 13 previous convictions including an incident in September 2006 when he threw a petrol bomb at a car which had two children, aged four and six, inside.

The court heard that he was 17 years old at the time of the offence but 18 when he was sentenced to eight years with two years suspended for the petrol bomb attack.. He also had previous convictions for assault while he was in prison and for unlawful possession of drugs following his release.

The witness agreed with Mark Nicholas, defence counsel for O'Donoghue, that the incident involving the two children was an "awful case" and that O'Donoghue didn't know the children were in the car.

Det Gda Coakley said Whelan has 14 previous convictions for public order offences, criminal damage, arson and disorderly conduct. The arson offence, he said, related to an attack on an occupied home and arose out of a domestic row.

All his previous offences were dealt with in the District Court and his longest period of imprisonment was four months. Defence barrister Colman Cody SC said he was fined e150 for the arson offence.

Justice Burns, sitting with Judge Flann Brennan and Judge Patricia Ryan, said the carefully planned nature of the operation was shown by the evidence that they used a car that they knew would not arouse suspicion as it had been bought just days earlier.

There was an accelerant in the car that was to be used to burn it out and gardai also found latex gloves. No DNA or finger prints were found on the loaded, functioning gun or the ammunition and the ammunition was described as being in good condition. She added: "All that was required to shoot the gun was to pull the trigger."

She said the two men were involved in the planning and noted that O'Donoghue had the more serious previous conviction, although he was a minor at the time. She said mitigating factors in relation to the two men were that they admitted to a lesser charge of possession of a firearm in suspicious circumstances which meant that the prosecution did not have to prove all the facts of the case.

She said references had been handed to the court in relation to both men and in relation to Mr Whelan she she was also taking note of a governor's report and his young age.

She set the headline sentence for each man at 12 years and, after considering the mitigating circumstances, jailed O'Donoghue for 11 years and Whelan for ten years and six months.

The sentences are backdated to July 13, 2018 when both men went into custody. In respect of the lesser charges of possession of a firearm and ammunition in suspicious circumstances she imposed a five year sentence for each man.

Evidence in trial
Both men were convicted by the court earlier this month. During that hearing Ms Justice Burns said O'Donoghue was the driver of the Alfa Romeo car and Whelan was the front seat passenger when armed gardai stopped them.

A number of items including a handgun were found in the footwell of the front passenger seat.

There were eight rounds of ammunition in the magazine of the pistol and a round in the breach.

Whelan was wearing two hoodies as well as two sets of tracksuit bottoms and three latex gloves were found inside a pocket of his hoodie, she continued.

Ms Justice Burns said the accused men had accepted by virtue of their guilty pleas that they were in possession of a firearm and ammunition for an unlawful purpose.

However, the intention of the accused was what was at issue in the trial and whether they were in possession of the firearm with intent to endanger life.

"The only matter the court will have regard to is the intent to endanger life and the facts and circumstances of the stopping of the car and what it contained," the judge explained, adding that the non-jury court would not rely on the defendants interviews with gardai where inferences could be drawn from their failure or refusal to account for certain matters.

Ms Justice Burns said the "principal incriminating item" found in the car was the semi-automatic pistol.

Evidence was given in the trial that the significance of a round of ammunition being in the breach meant the firearm was ready to be fired, she said, adding that a firearm would not discharge without there being a round in the breach.

The judge said that "the deductions to be drawn" from this act included that the firearm was intended to be fired, the intended firing was to be "immediate and urgent" and had been planned in detail.

"It is inconceivable that a person knowingly having possession of this item would not know its primed status," she said.

The three-judge court also pointed out that an accelerant was found in the car and O'Donoghue had a lighter on him at the time.

In summary, Ms Justice Burns said that the car was intended to be burnt to destroy forensic evidence.

The judge said that defence counsel for Whelan had suggested that the "highly suspicious items" could have been in the car for an "alternative or different purpose" such as to carry out a robbery or to hand the car over to another person.

"There is no possibility whatsoever that the firearm was not to be used," said Ms Justice Burns, adding that in this event there would be no necessity to have the firearm primed.

"The only irresistible inference" to be drawn from the established facts was that the accused possessed a semi-automatic pistol with an intention to endanger life, she concluded.