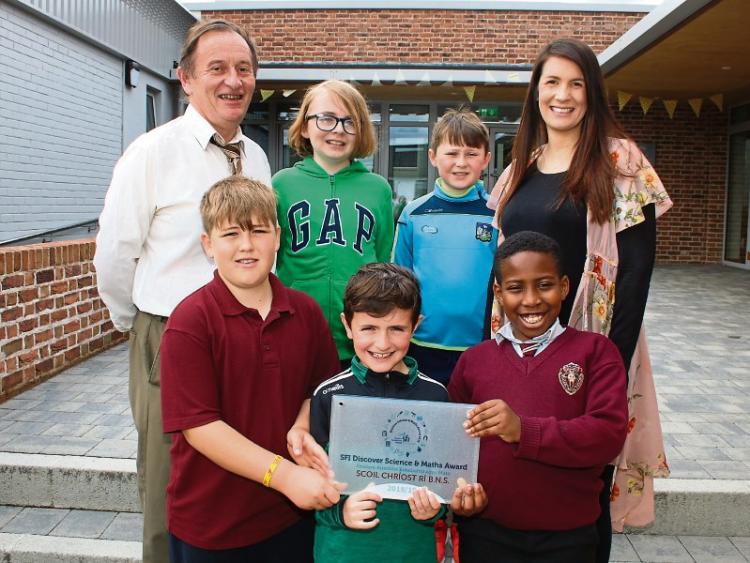 A NORTHSIDE national school has received a boost after it was named a Stem school of excellence.

Christ the King boys national school in Caherdavin has been commended by Science Foundation Ireland and the Discover Science and Maths award – and is now known as a centre of excellence in the subjects of science, technology, engineering and maths, or Stem for short.

Third and fourth class teacher Deirdre Noonan revealed all classes in school were involved, from first up to sixth class, and the entry was submitted between September and May of the school year just gone.

“There were certain criteria for each area. We had to tick a certain number of boxes for science, technology, engineering and maths. You had to have 10 classes involved. We had a showcase, we had a science fair, where we went to the girls school to show off our science experiments. We had to send on evidence of Stem activities. We had loads to do, we had scratch programming, we had maths trails, we were graphing our activities, we did the hour of code. And we had lots of guest speakers in,” she said.

Deirdre says the accreditation for the next academic year means a huge amount to the school.

She explained: “Stem is such a huge area now. We are now recognised as a school of Stem excellence. We have that label, and it is a great to promote the school using it on Twitter and Facebook for example.

“We can continue to try and be a school of Stem excellence. It shows there is a high standard of science, technology engineering and maths.”

The students certainly enjoyed taking part, from infant classes making bug hotels and learning about magnets right up to the sixth class, who graphed their results and interviewed engineers.

Alex Higgins, 10, Shannonvale, added: “We had a visit from someone from Recycle Right and we had a talk about keeping the environment clean. We helped build a truck for recyclables.” While nine-year-old Harry Kehoe from Shannonvale did a project on refraction.

Aaron Ward, 9, from Meelick came up with a lava lamp, while his classmate Francis Dike, also 9, from Cratloe, was attracted by the magnets.

“We were experimenting with them, looking at materials and what attracted to magnets and what repels them,” he explained.

Read also: 'The Yellow Wallpaper' set to be ‘first of many’ movies shot around county Limerick village