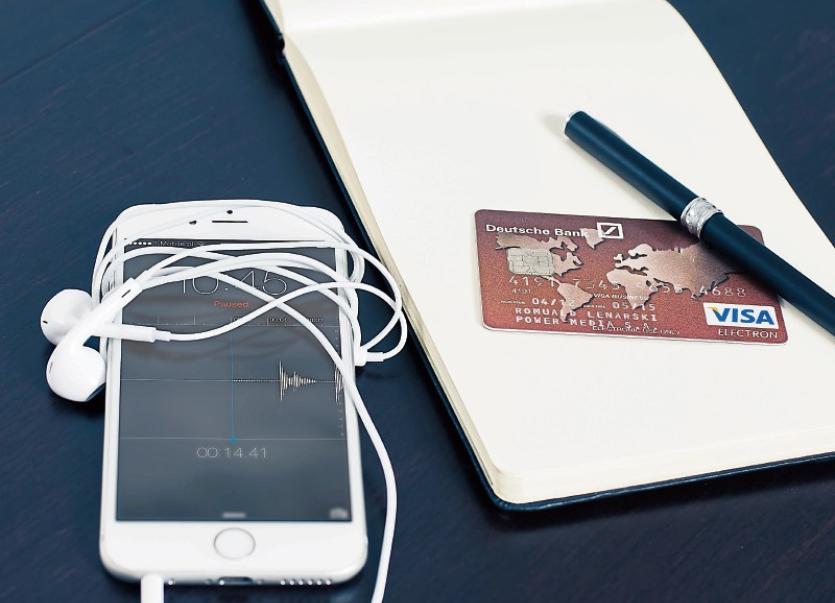 Watch out for interest charges on credit cards, especially if you're just clearing the minimum payment each month

A reasonable question, to ask, which was directed to me by an individual attending a financial lunch and seminar I was giving recently at their workplace.

You see he bought a MacBook Pro laptop for €2,899. He just couldn’t help himself.

‘You only live once’, ‘what the hell’, ‘if I continue to save for it, it will take me years’ - such were the thoughts going on in his head, so he whipped out his credit card, and bought the MacBook.

Now he knew he would end up paying interest because he was using his credit card, but he wasn’t quite sure what that would be; he never thought it would be €2,588.

It can be hard to figure out what €2,899 at a rate of 20.6% with minimum monthly repayments of €60 will end up costing, but it’s not difficult if you Google ‘credit card calculator’ and insert the numbers. The answer will be given in a couple of seconds.

He just couldn’t believe how high the cost was. He thought it was a mistake and that something was wrong.

So, rather than logging on to the net, I decided to go old school, and got out a flip chart, a marker and a calculator.

I thought this would be a better way to demonstrate the cost, but my other motive was to show everyone present the toxic effect of using credit cards, and how much they are being charged if they carry balances over each month.

I began by asking him three questions, and the answers were the first things I wrote down on the flipchart and they were:

€60 (minimum amount he pays each month)

Okay, the first thing I wanted to figure out, was how much interest he was being charged every day.

Still with me I, asked? They were.

Okay, next, I told them I was going to write down how the amount of interest was being charged each month. This is a key number, one that people can’t figure out for themselves and only discover what it is when their monthly statement arrives. It’s not a difficult calculation, but an incredibly important one to know.

That’s the amount of interest he was paying each month, and I thought it was a good time to remind everyone what his monthly payment was, so the next line was: €60

That was how much of his €60 repayment was going towards paying off the €2,899 he owed.

The next number I wrote on the flipchart was: 20%

Because that was the percentage of his monthly payment that was going towards paying off his debt.

Pretty insane isn’t it, that only 20% of the repayment was coming off the amount he owed? I mean if you physically handed over this money and someone said to you, I’m only going to take €12.17 off what you owe me, and I’m going to keep the rest for us, thanks a mill. Your €47.83 will come in really handy for our important clients, when we’re paying for their hospitality at that golf tournament next month.

And the cycle that follows every month afterwards begins all over again, because with a slightly lower balance, his next minimum monthly amount will reduce to €57.74, and the amount used to pay off his balance remains low. This is the vicious sinkhole your money gets sucked into, by paying the minimum payment each month. By then I think the penny was beginning to drop for him and for everyone in attendance.

The next number I wrote down, I needed some help with, and had to use my own online calculator to figure out, and when I did, I wrote down: 92

That was the number of months it would take him, before he paid off his debt – that’s seven years eight months.

My penultimate number was: 89%

By using his credit card to buy the MacBook, and repaying it the way he was, he would end up paying 89% more than everyone else who bought the same laptop for cash.

If the price tag of the laptop was this amount, would he have bought it? Of course, he wouldn’t. It was an expensive lesson he learned and one he’ll never repeat again.