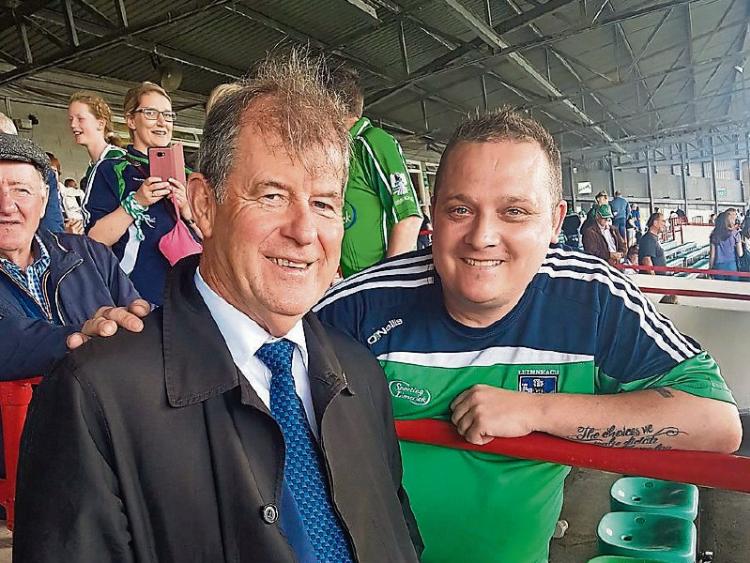 A LIMERICK man had a Sunday to remember in the LIT Gaelic Grounds after his brother paid over €300 for three Munster final tickets.

The night before Limerick’s provincial decider with Tipperary, John McMahon of Kennedy Park was without a ticket to the huge tie.

However, on Sunday morning, he received a call from his brother​ Thomas telling him he had secured three tickets for the match.

With just hours to go before throw-in, Thomas had to pay a hefty premium – €100 for each ticket, as well as having to make a journey to Ennis to collect them.

Taking up the story, John, who works as a counsellor in Limerick City Build at Bank Place, said: “My brother came down on the morning of the game and surprised me with the tickets. He paid €300 for them. My father, him and me were supposed to go, but my Dad has just had a stent put into his heart. He would have loved to go, but he could not.”

After witnessing Limerick’s demolition of their neighbours, John hailed it as “one of the best days of my life”, before quickly adding “besides my daughter’s birth of course!”

A short time after Declan Hannon lifted the Munster Cup, John met Limerick GAA sponsor JP McManus, a man for whom he has always looked up to.

“I had met JP a couple of times through Limerick City Build with Ramie O'Halloran, and he recognised me. I said to him 'fair play for everything you have done for Limerick', and he said, 'Ah, that's nothing really'. He was delighted, a very humble man,” John told the Limerick Leader.

He posed for a picture with the Martinstown businessman, and will be framing the print and putting it up in his home.​

Sadly though he missed out on a ticket for the All-Ireland final last summer in Croke Park.

Speaking of last Sunday, he said: "It was an unbelievable day. I was in the City End terrace, inbetween a man from Effin, and a guy from Kincora Park. I couldn't have had a better day with them.”

Speaking after the game, Mayor Michael Sheahan said: “I’m absolutely thrilled with the performance and the result. Both of them are so important. We must also give credit to our minor team, and our camogie side who came up trumps in Croagh against Wexford.”