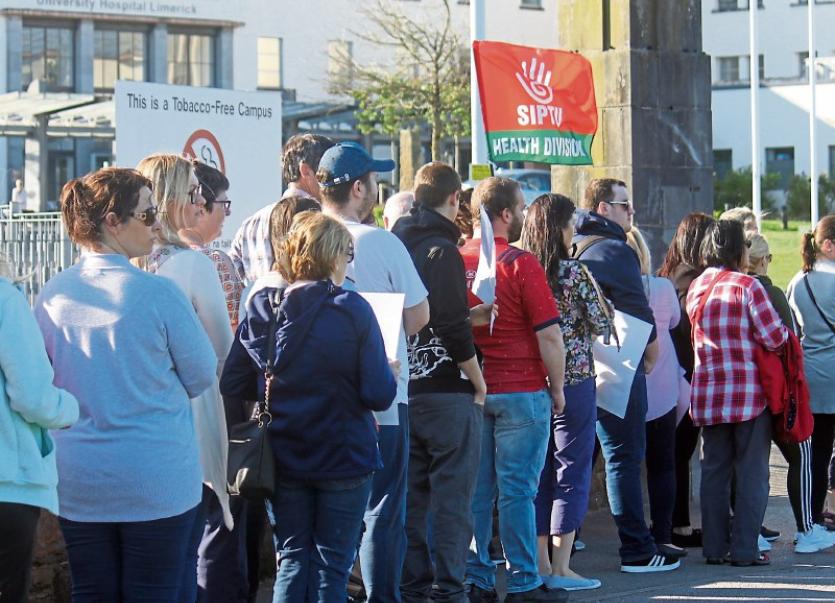 Siptu took to the picket lines at UHL on Wednesday | Picture: Brendan Gleeson

THREE days of intense strike action at Limerick hospitals have been deferred, pending the outcome of a full Labour Court hearing next week.

Nationwide, 10,000 workers were due to take part in the strike at 38 hospitals.

But Siptu has confirmed that the industrial action has been deferred pending an outcome of the Labour Court next Wednesday.

“At the request of the Labour Court, Siptu representatives have agreed to defer strike action scheduled to start next Tuesday to allow for a full hearing to take place with no preconditions. The unity and strength of our members on picket lines this week has demonstrated our determination to achieve a just resolution to this dispute. Ultimately, our members will decide on the outcome of any recommendations that emerge from negotiations at the Labour Court, by way of a secret ballot.”

He added:  “On behalf of our members, Siptu representatives would also like to thank hospital patients and members of the public for the huge support shown to 10,000 health workers on picket lines this week and throughout this dispute.”