Making Cents with Liam Croke: Don’t let work addiction be the death of you 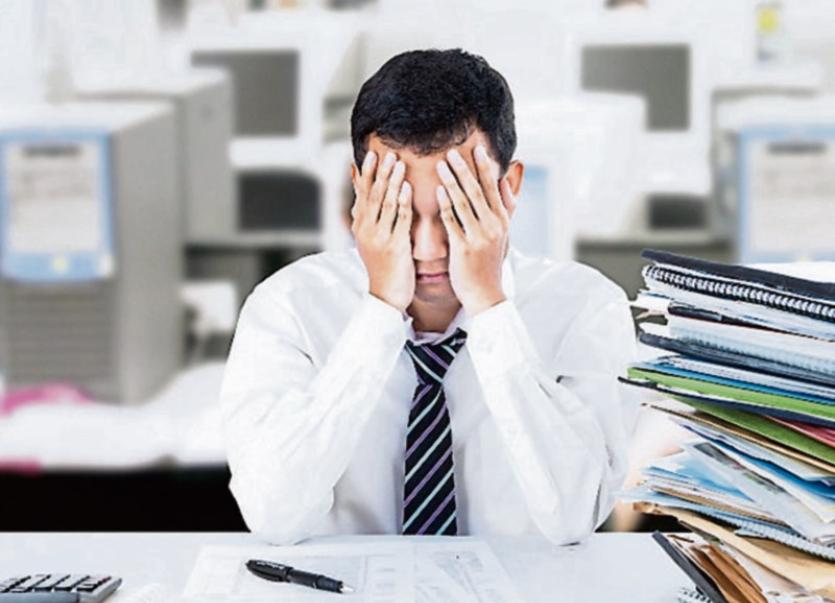 Last year, data released by CV-Library uncovered that circa 50% of Irish employees admitted that elements of their work make them feel anxious and stressed.

The problem with stress is, if it’s not brought under control, it can manifest itself in something even more serious. That’s exactly what happened a client of mine in January, when he woke up in hospital after suffering a heart attack.

He had been on the work treadmill for years and it eventually caught up with him. The signs were there all along, he just chose to ignore them.

He began drinking more than he used to, he wasn’t enjoying time off work because he never allowed himself to be away from it, he was finding it hard to sleep, his body ached, and his relationship with his wife hadn’t been what it once was.

So, all the usual suspects but he could see none of them. He thought it was normal and all his peers would be feeling the same way. It was just something that came with the job and you had to accept it.

Over time, because he was stressed from work, he was releasing high levels of cortisol into his body which increased his cholesterol levels, increased his blood sugar and blood pressure levels which could either give him a heart attack or a stroke – the straw he drew was a heart attack.

He was lucky, he survived and is alive to tell the tale and learn from his experience.

The stress that led to his coronary was down to a very heavy work schedule, massive amounts of commuting each month, constant deadlines that had to be met, along with all the other pressures associated with working for a large corporation. And throw trying to have a family life into the mix, and it really wasn’t a surprise that he ended up in a coronary care unit.

The surprise was that he lasted as long as he did.

Being switched on has become the norm for people when it comes to their work. For some it’s a badge of honour, something they are proud of, something that shows how important they are, it’s almost an addiction.

What they mightn’t know is that their sense of work martyrdom could be killing them.

I come across people all the time who ask me what’s life like outside of the company they work for?

They’re not at that stage of exhaustion yet, but thankfully are beginning to recognise the signs. Their difficulty is, not knowing from a financial perspective, how to work out how much they need to earn to achieve that work/life balance they desire.

They benchmark themselves against what they’re currently earning, and if there is isn’t much left at the end of every month, how can they ever reduce the amount they earn or cut back on the amount of hours they work?

So, what’s the point, the exercise will be useless – treadmill forever, blood pressure up, stress levels begin to increase even more.

But thankfully, there are those who felt that way but still reached out for help and are glad they did.

One client I worked with was on a slippery health slope because of the pressures of her job, and couldn’t see any way out, other than reaching a point where she would be unable to work and would be out on long term sickness.

Sadly, she had almost resigned herself to that eventuality.

We crunched the numbers and thankfully for her, if she implemented some strategies I suggested and put her existing resources to better use, she could either take on a new role with her employer with fewer responsibilities and less income, or leave, and set up as a self-employed consultant and work 183 days during the year. The amount she’d charge for each of those days would be enough for her, and it wouldn’t impact her present lifestyle or her future one.

Others leave it too late and reach out for help after something happens, like a health scare. When it does, they admit the goal they were chasing all along i.e. money, career advancement etc. seem very unimportant. There’s not much you can do with all that money if you are not well enough to enjoy it or spend with the people you love.

There are lots of factors in the work/life balance equation which will have varying levels of importance for the individual concerned, from ego, personal development and fulfilment, achieving their full potential, enjoying work and, of course, money.

Before you can slot it in, you need to know what it is. What’s your number? Once you know it, you can add it in with everything else that’s important to you, and then make a decision to take your foot off the pedal or whether you need to stay on it for a while yet.

But please, don’t let a health scare be the trigger for you to find out what it is.