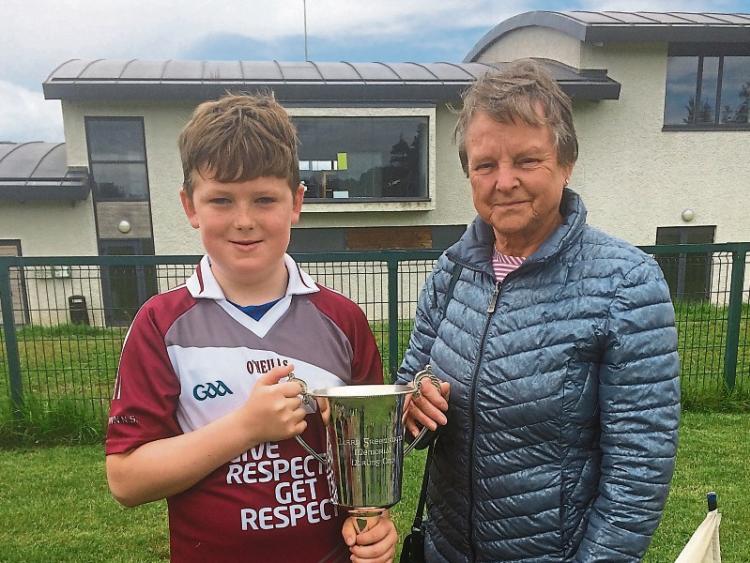 THE LATE Harry Greensmyth must have had broad smile on his face as he looked down on Herbertstown National School winning a cup named in his honour.

The renowned writer, historian, coach, GAA man to his core and long-time Limerick Leader notes correspondent went to his God in March 2018.

To celebrate Harry’s memory South Limerick Cumann na mBunscol named the cup of a new competition after him. Fittingly, Herbertstown, so close to his heart, won it.

Mike Fitzgerald, teacher in Herbertstown NS, said the cup is awarded to the winners of the Roinn A South Cumann na mBunscol third and fourth class blitz.

Knockainey, Ballylanders, Kilfinane, Galbally and Herbertstown National Schools participated in the competition which was played in Martinstown.

Near neighbours Knockainey NS and Herbertstown NS met in the final which was keenly contested. After a brilliant game Herbertstown emerged as winners.

Mike said: “It was great for us to be involved in the tournament, especially as Harry did so much for GAA in the local area. To win the cup itself was a real bonus and we're very proud of our young hurlers. Harry was synonymous with GAA in South Limerick and beyond and it is fitting that he is honoured for his service to our national games.”

Read also: Limerick solicitors show off defending skills on the field instead of court