Former Limerick Mayor: ‘We’ll chase those who have power to get things done’ 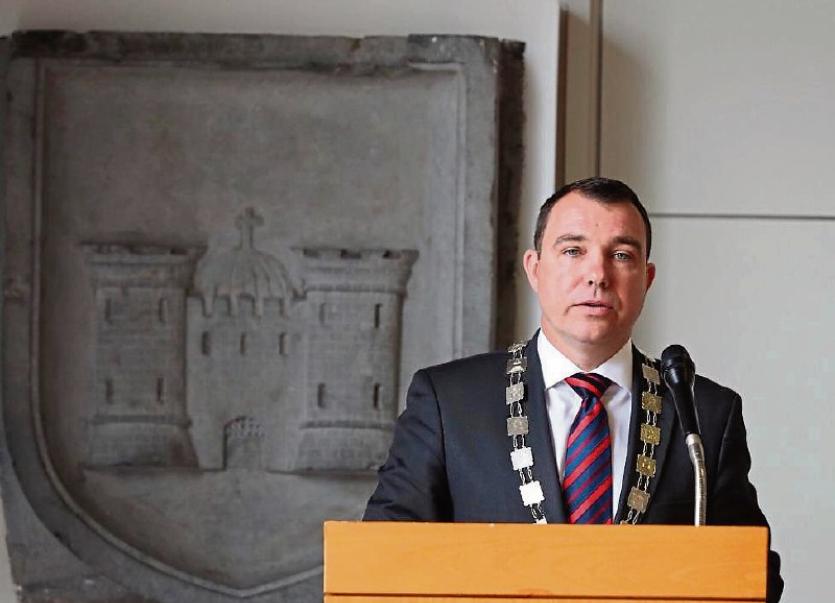 JUST days after ending his mayoral term, councillor James Collins stepped into another high-profile position – that of council leader in the metropolitan district.

The Fianna Fail City West councillor was elected into the role of metropolitan chairman at the annual general meeting of the city district on Friday last.

He was returned thanks to the grand coalition between Fine Gael and his own party.

"It's a very busy role, it's an important role. With the changes happening in Limerick, there was a desire to have someone experienced in the chair,” Cllr Collins said, “It's a special time in Limerick. There is lots happening. I was lucky enough to be mayor last year. I was honoured and privileged. I started some things, and I'd hope maybe as Cathaoirleach of the metropolitan district, maybe I can continue on some of the work.”

Cllr Collins, who is running mate to Willie O'Dea in the next general election, also referenced the ongoing development of the city, including the long-awaited first move on the old Dunnes Stores building at Sarsfield Street.

"There' s a lot happening in terms of economic development. But we need to make sure everyone feels the economic recovery. There are some sections of our society and some people in Limerick who the recovery has not hit. We need to ensure everyone is included," the councillor added.

Cllr Collins said he hopes the council leads with “courage, creativity and focus”.

“We’ll chase those who have the power to get things done.  Our government representatives, our executive and of course the chief executive, Conn Murray. I know you are on the final furlong of your time here but I think you’d be surprised and disappointed if I let up now,” he added.

Cllr Collins, who was joined by his family at his election, is the first person to be elected as metropolitan Cathaoirleach, following the abolition of the old title of metropolitan mayor.

He took the chain of office from Fine Gael's councillor Daniel Butler.

Many observers feel the metropolitan mayoralty was the natural continuation of the centuries-old title of city mayor, and have bemoaned its demise.

Cllr Collins said he would like to see that history reflected in his role.

He defeated Labour councillor Elena Secas to the role by 11 votes to nine, while his deputy for the year will be his party colleague, Cllr Kieran O’Hanlon.

The veteran northside member in turn beat Sharon Benson of Sinn Fein by the same margin.