Doubts over directly-elected Mayor of Limerick before 2024 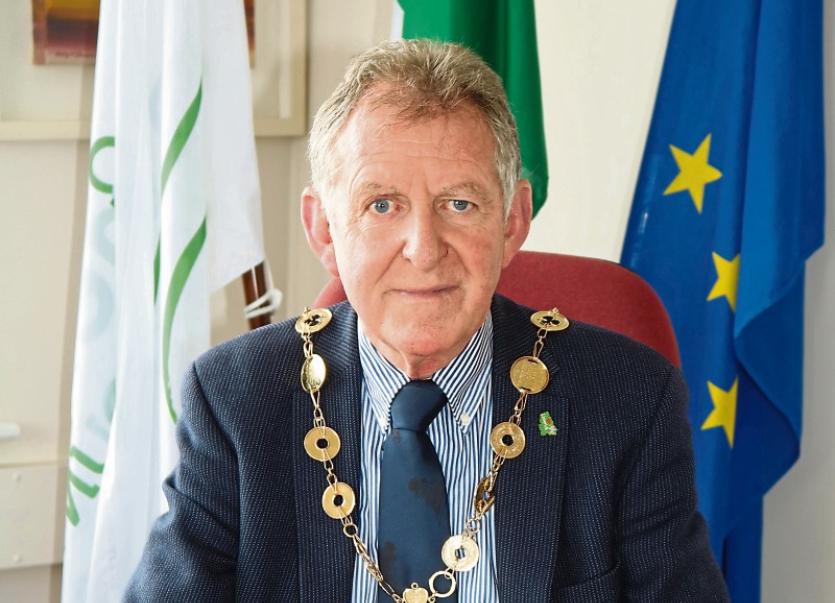 THE newly elected mayor of Limerick, Cllr Michael Sheahan has cast doubt on whether we will get a directly elected first citizen this term.

While the dramatic local elections to the local authority somewhat stole the show, Limerick also carried a plebiscite accepting plans for a directly elected mayor with executive powers, something Cork and Waterford rejected.

It’s unclear when the first directly elected mayoral elections will take place, but the Junior Minister in charge of the proposal John Paul Phelan says a vote could be held as early as next year.

Fine Gael and Fianna Fail have once again come together at council level to carve up the top jobs between them, and have put plans in place for five mayors, with Cllr Sheahan, a Fine Gael man from Monaleen the lucky first recipient.

He feels that with Brexit, a potential change of government, and the fact that only Limerick voted for the plan will see the directly elected mayor put on the back burner.

“The longer it goes out, the less likely it will be that there will be a directly elected mayor. Once you go to the third year, you’re only two years away from another local election. How could you justify spending money in the third year for a mayor for two years and going back to the people again so quickly. It doesn’t make sense,” Cllr Sheahan tells the Limerick Leader as he sits down for his first newspaper interview since he secured election.

The mayor makes no bones about it: he was not in favour of a directly elected mayor, saying he feels Limerick is too small, and what the government presented to the public was a “weak” document.

“The results show there was total confusion and no clear thinking by a majority,” he said, referring to the narrow majority which passed the idea.

He wants to see the government also engage with Limerick councillors on the plan, saying: “We are the only group who has eased the blushes on his face. Limerick delivered.”

Mayor Sheahan admits the confusion was such that many people congratulated him upon his elevation for his impending five-year term as first citizen.

Born in 1951 in Askeaton to Southern Chemicals employee John Joe and Eileen Sheahan, Mayor Sheahan attended St Mary’s Secondary School, where he was two years behind the former director of the National Museum of Ireland Dr Pat Wallace.

Born into a working class family, politics was always in Mayor Sheahan’s blood – his father’s staunch association with the local Fine Gael branch did for that.

The first book he read outside of school at the age of 14 was Tim Pat Coogan’s biography of Michael Collins, The Big Fella.

Something the new mayor is keen to point out is the fact he has not moved far from the side of the Shannon, moving from Askeaton to Monaleen in 1972, where he started his one and only job in the local national school, rising to become its deputy principal.

Sport has always been in his blood – a former deputy chairman of the Limerick Football Board, and chair of Monaleen GAA club – which he proudly declares now has strong dual element to it.

He was elected to the old Limerick County Council back in 2009 off the back of a surge in vote for Fine Gael.

Five years ago, he was elected as the first metropolitan mayor, an occasion which he described as being “the most nervous and exhilarating morning of my life.”

Back in 2014, the role of metropolitan mayor – now abolished – was secondary to the Cathaoirleach of the council, which at the time was held by his namesake, Askeaton councillor Kevin Sheahan.

Later that year, Cllr Kevin Sheahan’s role was upgraded to that as mayor, leading to the strange situation of having two mayors here. This existed until April last when councillors passed plans to abolish the metro-mayor title.

Cllr Michael Sheahan’s elevation to the top job was, he said, on another level.“The pride I felt when I felt the robe and chains being put on my shoulders. When you think of the people, infamous and famous who have worn these robes, it makes you think,” the mayor added.

Indeed, the mayor attracted praise in many quarters for using the traditional red robe of office – something his predecessor James Collins did on many occasions previously.

In the recent local election, a lot was made of Fine Gael's stellar performance in Newcastle West, where the party took four out of the six seats on offer.

What perhaps was overlooked was the party’s performance in City East where, despite the loss of Marian Hurley, they went from two seats in eight to three in seven after a cut in seats.

It would have been even better, the mayor feels, without the Green party wave.

“With Michael [Murphy] coming in the only village in the city [Castleconnell] and Sarah [Kiely] being nominated in Janesboro, and me and Marian in Monaleen and Annacotty, it was laid out for vote management,” he said, “There were natural boundaries.”

A big part of Cllr Sheahan’s victory speech was making people feel more proud of being from Limerick, of promoting the Treaty County which many feel is often overlooked, tourism-wise by our neighbouring districts.

“I want to instill in people a sense of confidence to be able to stand up and say I’m from Limerick, and not look over their shoulder, and not feel negative,” he said, “I also want people to feel comfortable being green in Limerick, in the wider sense.”