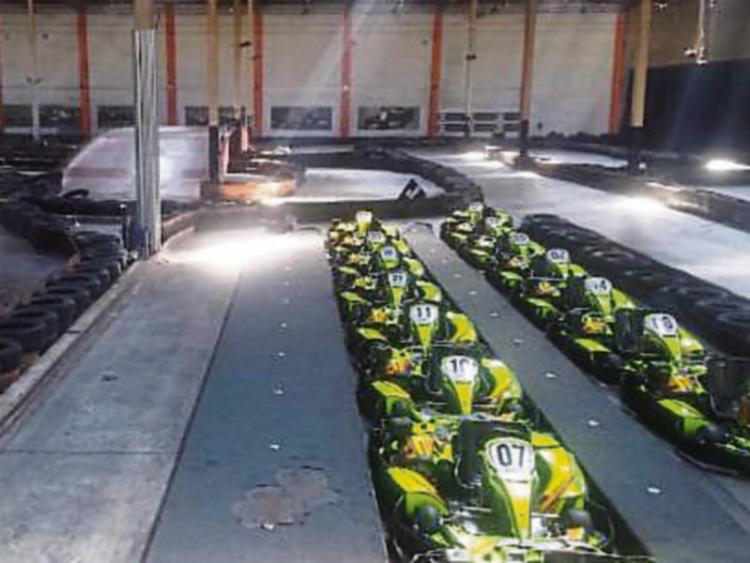 A YOUNG man has been jailed for his role in a violent brawl which broke out at the National Kart Centre in Corbally more than two years ago.

Dean O’Donoghue, 22, who has an address at Hyde Road, Prospect pleaded guilty to charges of assault and violent disorder relating to an incident at the former Burlington factory on January 7, 2017.

During a sentencing hearing at Limerick Circuit Court, Detective Garda Shane Graham said the defendant was one of a group of people who arrived late for a 30 minute karting session which they had booked some time earlier.

While the booking was honoured and they were given access to the track, he said a fight occurred when the flag marshal signalled for them to stop as the session was over.

“They refused to leave,” he told John O’Sullivan BL, prosecuting adding that the incident occurred shortly before 6pm.

The detective said two young workers were assaulted during the incident and that Mr O’Donoghue can be seen on CCTV striking one of them on the back of the head several times.

While the injured party sustained a possible concussion, Mr O’Sullivan said he did not seek medical attention following the incident and that there was no medical report or victim impact statement.

The group left the National Kart Centre following the incident with one of them (not Dean O’Donoghue) warning the victims not to contact gardai in relation to what happened.

Judge Tom O’Donnell was told that while Mr O’Donoghue, who has more than 60 previous convictions, made some admissions when questioned he denied assaulting anyone.

Barrister Pat Whyms said his client was not involved in the initial altercation but “became involved” once it started.

”Perhaps he shouldn’t have,” he said adding that none of his client’s previous convictions relate to violence.

“He didn’t go to cause trouble, he didn’t instigate it, he has not been in trouble for this behaviour before,” he told the court.

Imposing sentence, Judge O’Donnell said the behaviour of the defendant and his co-accused was appalling.

“This posse had turned up late, they were facilitated but that didn’t assuage them,” he said commenting that it was clears matters escalated very quickly.

The judge said Mr O’Donoghue’s admissions and guilty plea were mitigating factors and he noted he is making significant progress while in custody.

The judge also accepted the incident was not premeditated and “kicked off very quickly”.

A number of other people have also been charged and are before the courts.