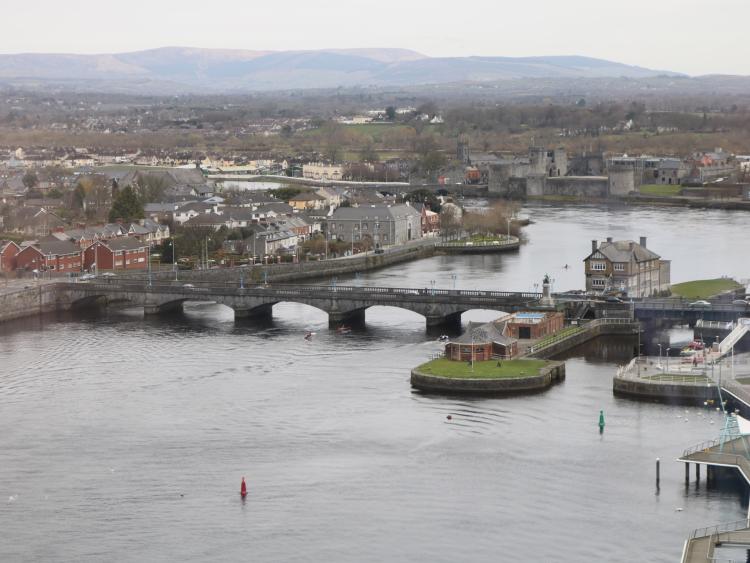 MY WIFE and I are back home following my college reunion night in Limerick. We had a great time with our friends but unfortunately my wife was subject to two racist incidents during the four hours we were in Limerick.

An older beggar lady whom we didn’t supply with spare change when requested, told her to f-off back to Pakistan (wrong country) as we made our 100 metre journey from our car to the venue on O'Connell Street.

On our 100 metre return journey from venue to car, a well-heeled 20-something pointed to my wife and said "bananas" and then pointed to me and said "potatoes" much to the amusement of his likewise well-dressed pals.

So the summary of the night was that the young, the old, the rich and the poor of Limerick feel happy to express their racism openly to visitors of their city.

When I was a kid growing up in a town within the commuter belt of Limerick, the city had the unfortunate nickname of Stab City. Whether that was justified or not, it will now have the latter title unless the educational standards and the people of the city kick it out.

Perhaps some of the city's new councillors can get the ball rolling. In 15 years as a couple living in Ireland we have never experienced anything like it. We won’t be back.

What we think: Racist attacks on couple are embarrassing

This makes for very sad reading. A former college student in Limerick returned to the city for a reunion with classmates bringing his wife with him. Even though they had to walk just 100 metres from their car to the venue, they were subject to not one, but two, racist attacks.

One was from what is described as an older beggar lady who launched an attack when she did not get any coins from the couple; the second from a well-heeled 20-something with a bunch of well-dressed pals.

The description of the verbal abuse is shocking. The ignorance is shocking and it does not represent the Limerick of 2019 or any other year.

Fergus Nugent and his wife now live in Kinsale and came back to Ireland 15 years ago and say they never experienced anything like it before.

What can anyone say or do? We have passed on the letter to Mayor Michael Sheahan, who will no doubt make his own response on behalf of the people of Limerick.

Yes, Limerick, like other cities has a problem with people begging in the city centre, which needs to be addressed.

Also, the ignorance and racial hatred shown against this couple is totally unacceptable and if CCTV could pinpoint those responsible, they should be named and shamed and brought before the courts for justice to prevail.