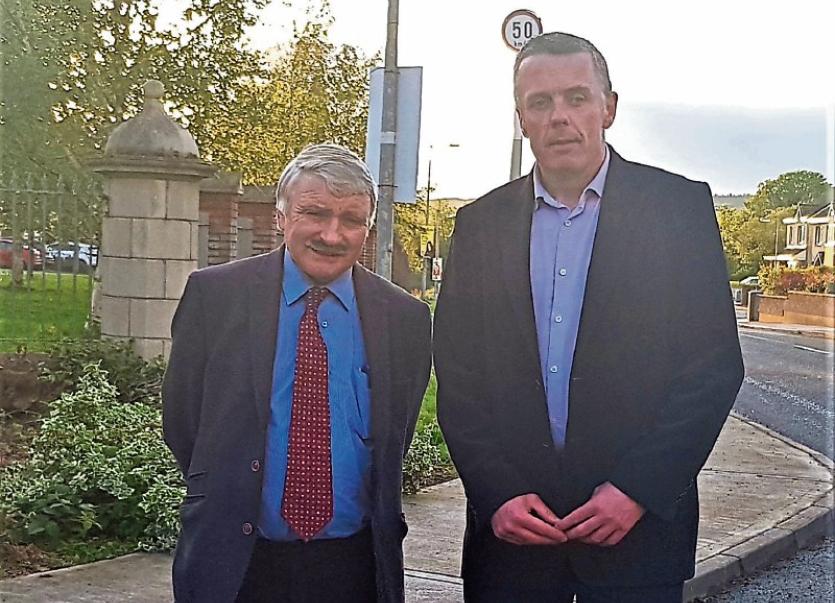 LOCAL election candidate Pat O’Neill has vowed to complete unfinished roadworks for the people of the northside.

Mr O’Neill narrowly missed out on the final seat in City North last month – but he is insisting he will still remain an activist, and has pledged to help residents of Shannonvale at the Old Cratloe Road to put in place a pedestrian ​crossing for their estate.

Mr O’Neill, Clonmacken, has held meetings between himself, Mr O’Dea and the council, and has revealed a feasibility will be done to with a view to getting a pedestrian crossing put in.

“It is imperative,” he said, “that we acted and continue to act for the residents as they  brought this issue to our attention.The safety of local residents is paramount as there are a lot of elderly residents and young families living within the estate and for them to enjoy the convenience of the local amenities their safety in crossing what is a very busy road needs to be taken into account.”

Regarding his future in politics, Mr O’Neill says that his priority now is to finish some concerns that he started prior to the election, before making a decision as to whether he seeks election again.

He says he has been “overwhelmed and humbled on the amount of calls and texts he received” once news filtered through he was not going to be elected.

“It has been a wonderful experience and one that I will remember for the rest of my life and all I want to do now is wish every success to the new councillors representing the northside,” the Fianna Fail candidate graciously added.

Mr O’Neill did miss out on the final seat in City North following an early Monday morning battle between himself and Sinn Fein candidate Sharon Benson.

He was leading the way going into the last count, but a strong transfer saw her over the line.