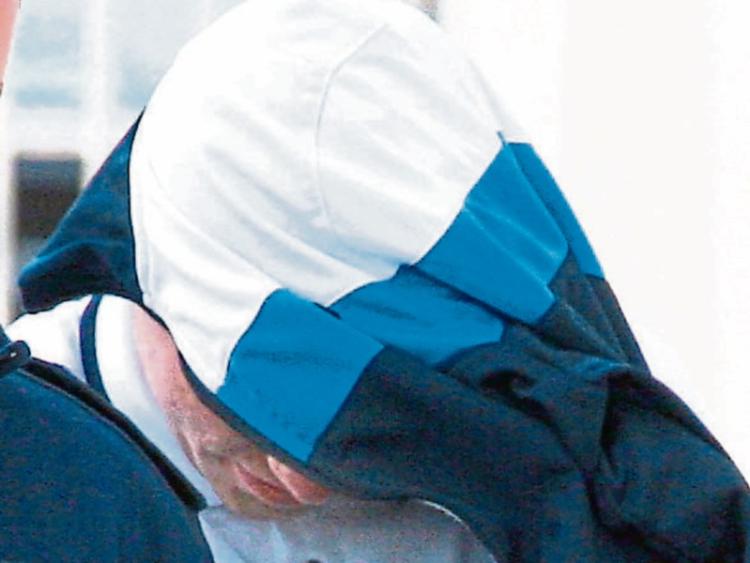 A MAN who threatened to slit a woman’s throat after he broke into her home late at night has been jailed for five years.

Leon McNamara, aged 28, of no fixed abode, pleaded guilty to a number of charges – including burglary and assault – relating to an incident in the early hours of May 31, 2018.

During a sentencing hearing, Detective Garda Shane Ryan said the defendant was arrested inside the woman’s home at O’Malley Park, Southill after gardai responded to a disturbance shortly before 4am.

He said the defendant, broke a downstairs window with a rock and assaulted the woman before pushing her onto a couch and going upstairs where her partner and two children were sleeping.

In the bedroom he threatened to slit her throat and to “dig the head off” her partner.

It was accepted by gardai that he did not have the knife when he first entered the house.

Judge Tom O’Donnell was told Mr McNamara, who has a large number of previous convictions, then began rolling a cigarette and was still in the bedroom when gardai arrived.

“He was caught in the act,” said John O’Sullivan BL, prosecuting.

The woman, whose aged in her early 30s, sustained superficial injuries and has since moves addresses out of fear there could be a further incident.

Detective Garda Ryan said the defendant was extremely violent and volatile following his arrest and that he caused hundreds of euro worth of damage when he defecated in a cell at Roxboro Road garda station.

Brian McInerney BL said his client has a long history of addiction and was under the influence of an intoxicant on the night.

He said aspects of what happened were highly unusual and bizarre and that Mr McNamara regrets his actions.  “In the cold light of day he is utterly appalled,” he said.

Imposing sentence, Judge O’Donnell commended the victim for the fortitude she showed on the night.

He said the use of a weapon was an aggravating factor was the defendant’s previous history and the invasion of someone’s home late at night.

He noted that Mr McNamara is making efforts to address his issues in prison and that he has completed a number of events to raise money for charitable organisations while in custody.