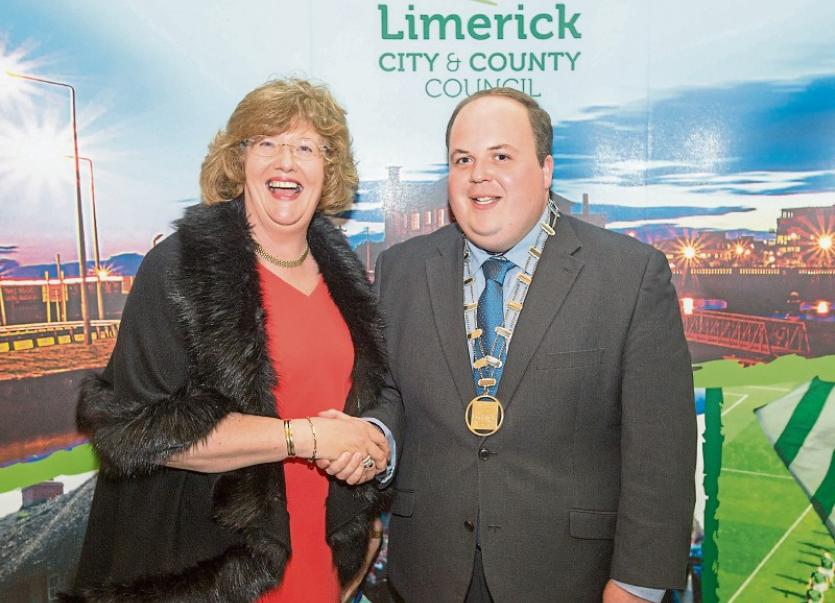 FINE Gael councillor Adam Teskey was rewarded for his strong showing in the local election with the deputy mayoralty.

Cllr Teskey, who topped the poll in Adare-Rathkeale with  2,459 votes, smashing through the quota with almost 700 votes to spare.

At Friday’s annual general meeting, he was voted into the role of Limerick’s second citizen, securing 31 of the 40 votes available, and beating off a challenge from Sinn Fein councillor John Costelloe.

As well as the backing of his own party and Fianna Fail, he secured the support of the Social Democrats’ one councillor Elisa O’Donovan, as well as five of the six Independent members in the chamber.

The youngest son of John and Rae, Cllr Teskey, who lives in Reen’s Pike, was born in 1989.

He took up his council seat following the elevation of Deputy Tom Neville to Dail Eireann – with Mr Neville present to witness his election.

Upon taking the podium, Cllr Teskey admitted he would find Mayor Sheahan – and his 15 minute speech – a hard act to follow.​

But he said: “I would like to congratulate all the councilors who have been elected to this chamber. It’s a great honour and privilege for you to be here today, and I would like to wish you all well in the forthcoming term.”

The Teskey family name is linked with the Rathkeale area for over 300 years and has a close association with farming and the production of timber products.

Cllr Teskey added: “Limerick has a special place in my heart as it is here my ancestors came to roost some 310 years ago with the arrival of the palatines from Germany in 1709 to my hometown Rathkeale, and certainly the welcome that existed then is alive today!”