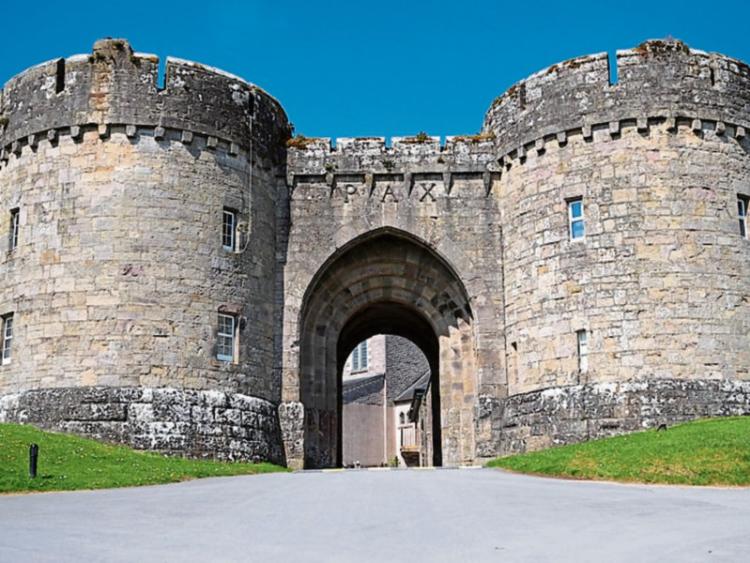 A BURGLAR who claimed to be a “special forces garda” when he broke into a teacher’s bedroom at Glenstal Abbey has been jailed for two and-a-half years.

Damien Hackett, 35, of Ros Fearna, Murroe, had pleaded guilty to a number of charges including assault, burglary and possession of weapons relating to the incident which happened in the early hours of May 27, 2017.

He also pleaded guilty to a charge of impersonating a garda on the same date.

Limerick Circuit Court was told after the alarm was raised the defendant was restrained by monks and other staff at Glenstal Abbey pending the arrival of gardai.

Giving evidence during a sentencing hearing, Garda Mark Dunlea said Mr Hackett entered the room of an Australian student at around 2.45am and stole his phone from a bedside locker.

After leaving the bedroom, he then entered the apartment of a teacher who was living on the campus.

When confronted by the teacher, the defendant claimed he was a “special forces garda” and after pushing against the teacher he picked up a chair and “fired it at him”.

The teacher was not injured but some damage was caused to a wall.

Garda Dunlea told Lily Buckley BL, instructed by State Solicitor Aidan Judge, the defendant was restrained a short time later after he was found hiding under a bush.

Judge Tom O’Donnell was told the defendant had been drinking heavily and that he resisted arrest following the arrival of gardai.

The defendant initially denied any wrongdoing telling gardai that he had entered by a gap in the wall and was “lamping” with a hunting dog on the grounds of Glenstal Abbey.

Pat Barriscale BL said his client, who suffers from mental health issues, made admissions following his arrest and that he accepts his behaviour was out of order.

Mr Barriscale said that all of the stolen property was recovered and he submitted that the offence was out of character for Mr Hackett.

Imposing sentence, Judge Tom O’Donnell said the case was “possibly one of the most bizzare,” he had come across during his time on the bench.

He said his previous convictions were an aggravating factor which he had to consider. However, he noted the father-of-three has issues with alcohol and that he was “not in a good place” around the time of burglary.

Judge O’Donnell refused an application to place a stay on his order.