Presidents to princesses have stayed in Limerick’s Kilfrush Stud...and it's on sale for over €5.5m 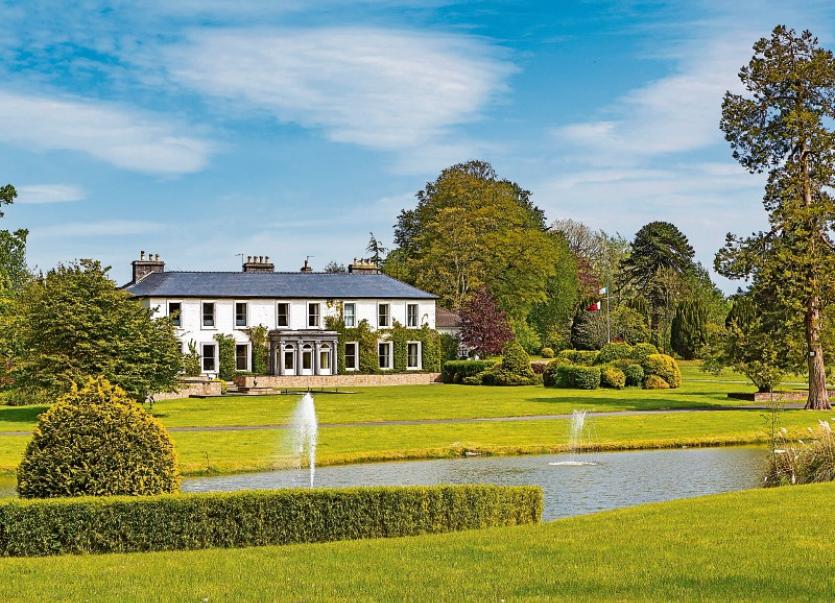 KILFRUSH Stud has been graced by everyone from President Richard Nixon to Princess Caroline of Monaco — and it could be yours for €5.5m.

Located outside Knocklong,  it comes complete with a Georgian residence together with manager’s house, gate lodge, staff houses and 73 boxes standing on 286 acres of top class land. The property is being offered for sale by Paddy Jordan, of Jordan Town & Country Estate Agents.

“It is one of the finest estates to come on the market for some time with a classic pedigree having bred over 80 Group and Stake winners,” said Mr Jordan.

It is for sale by public auction on Wednesday, July 24 at 3pm in the Dunraven Arms Hotel in Adare unless previously sold. Mr Jordan is guiding in excess of €5.5m.

Kilfrush Estate House dates from around 1835. It was built as part of a larger demesne for Joseph Gubbins, who was the landlord and later to become High Sheriff of Count Limerick in 1863.

In 1969, the house was sold and purchased by Irish American businessman John A Mulcahy. He had heavily backed the campaign of Richard Nixon, hence the president coming to County Limerick.

Ahead of the visit, the coachyard, adjoining the 1,027sqm original four-bedroom Georgian house, was converted to add an additional 1,386sqm of space, including three huge bedroom suites and a leisure complex with swimming pool, gym, hot tub and sauna.

Kilfrush had been used as a dairy farm. It was only after 1978 when purchased by paris-based businessman Jean Pierre Binet that it became a stud farm. Like Mr Mulcahy, Mr Binet attracted the great and the good of society hence the visit of Princess Caroline, the eldest daughter of Prince Rainier III of Monaco and Grace Kelly.

The 286 acres of land is excellent quality limestone, ideal for grass growth. The success from the stud itself indicates that the land has the ability to produce quality having bred over 80 Group and Stakes winners.

Those with two legs can enjoy the 6.4km of internal walks and roads on the estate, including a pair of Ladies and Gentlemen’s walks, that wind around mature trees, eventually meeting so that the sexes can pair up to return to the house.