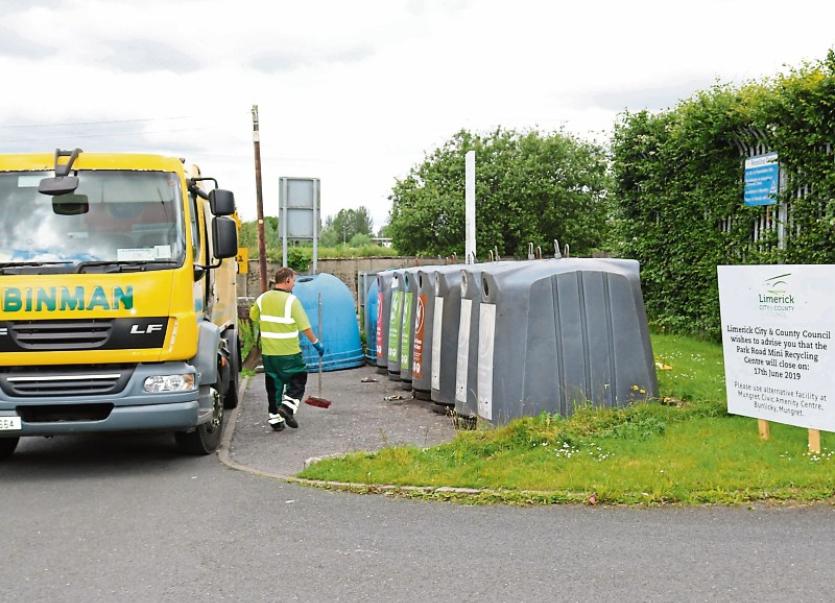 The Park Road depot is set to close on Monday next PICTURE: MICHAEL COWHEY

LIMERICK councillors will next week hold a special meeting on the controversial plans to close the Park Road Recycling Centre ahead of its planned closure next week.

However, the meeting – earmarked for next Thursday, 4.30pm – will not prevent the closure of the recycling facility from this Monday.

There were angry exchanges at the first metropolitan meeting of the council term this morning, after it emerged that a health and safety report recommending the site’s closure was completed last December.

Councillors, led by Joe Leddin, successfully saw a motion passed which would have prevented the immediate closure of the facility.

However, the council’s manager in the metropolitan district Kieran Lehane overruled them, saying the closure must go ahead.

“I did visit the site myself, and studied it. And it does pose a risk. My job is to ensure the risk to staff and members of the public is minimal,” he told members, acknowledging it was “not an easy decision to make”.

However, he did pledge to work with members to find an alternative site in the urban area, to prevent people having to travel out to Mungret, where the next nearest facility is.

The chairman of the metropolitan district, Cllr James Collins said: “We should keep the Park Road recycle centre open. We should be encouraging more recycling. We should have more rather than close them down. We were dismayed this decision was made without the consultation of councillors. There was a unanimous motion to facilitate a special meeting to review the health and safety report in detail.”

“There was a motion passed unanimously be all councillors to keep it open, or to provide alternative arrangements if it is due to close for health and safety reasons,” he said, “The executive here has just ignored the wish of the people. On our first day, does it prove the need for a directly elected mayor? I think so.”

Cllr Kieran O’Hanlon says he has been “inundated” with complaints over the proposed closure.

“Mungret is in what was the county area. The people in the city want and need and respect the whole question of recycling,” he said, “A lot of the people would be nervous at driving through heavy traffic in the city, just to recycle some cardboard or newspapers. I think it's unacceptable what has been done. We should have been consulted. This did not happen. The council need more powers.”

Cllr Leddin’s call for a stay of execution at least until members have had a chance to see the health and safety report was unanimously accepted.

However, former metropolitan mayor Cllr Daniel Butler warned this could present a risk.

He said: “I think certainly the public view is there should be an alternative. It's a valued service we need to retain for the northside. But there is a serious risk to public safety and indeed the safety of workers on site. Councillors were proposing we defer the closure. That in my view is irresponsible. I think councillors need to be responsible in what they are saying, take more advice from the experts and make a more responsible decision in terms of public safety.”