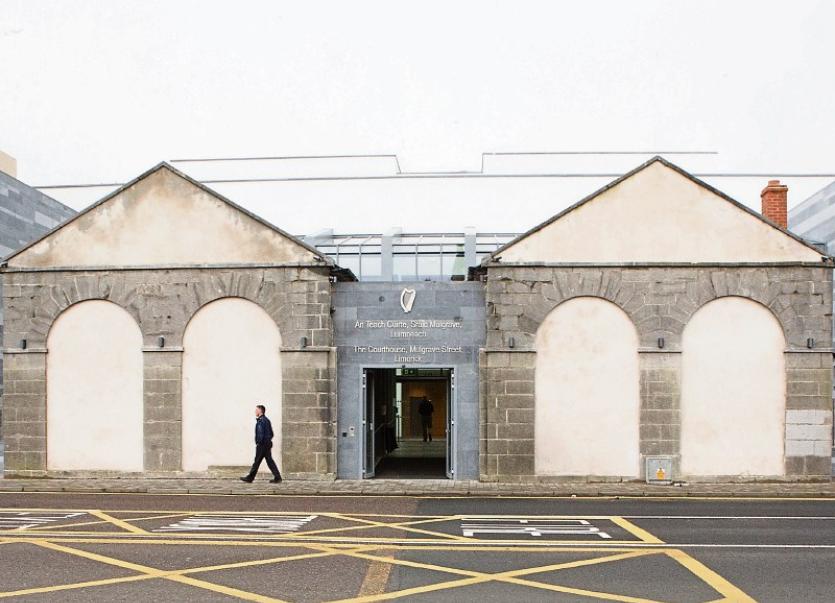 A MAN who swung a sword at another man during a street fight will avoid going to prison if he completes 240 hours of community service.

Thomas Houlihan, 49, of Sycamore Avenue, Rathbane has pleaded guilty to two charges relating to an incident at Byrne Avenue, Prospect on May 10, 2015

During a sentencing hearing, Detective Garda Paul Crowley told Limerick Circuit Court, a colleague of his – Detective Garda Niall Fitzgerald – was on patrol in the area when he was alerted to commotion shortly after midday.

He said the defendant and a number of other people were observed as a “serious altercation” took place in the middle of the road.

Mr Houlihan, Limerick Circuit Court was told, was observed swinging a sword at another man – Mr X – who was armed with weapons including a knife, a hammer and the handbrake of a car.

After Det Garda Fitzgerald intervened, the men separated and Mr Houlihan was arrested.

Detective Garda Crowley said the incident was captured on CCTV and that the defendant made “full and frank” admissions telling gardai Mr X had started the fight and had thrown a knife at him first.

Gardai subsequently established Mr X and a named woman had called to a house where Mr Houlihan was staying to confront him over his assertion that Mr X had damaged his (Mr Houlihan’s) car earlier in the day.

Judge Tom O’Donnell was told there were long-standing tensions between the two men arising from another incident almost a decade ago.

It was submitted on Mr Houlihan’s behalf that Mr X was “armed to the teeth” and that his client could have contested the charge by stating he was acting in self defence.

“He was at home, his vehicle was vandalised. Three people came to his house, and he did not think rationally,” said Aaron Desmond BL.

Mr Desmon added that Mr Houlihan had to move address following the incident “for fear of reprisals”.

Having heard the evidence, Judge O’Donnell commented what happened was a “classic scenario of two wrongs don’t make a right” and that it was fortunate gardai were in the area.

The judge said what happened was akin to a scene from the Wild West but he accepted Mr Houlihan was not the prime motivator.

Handing down sentence, he noted the defendant has fully cooperated with the Probation Service in recent months and that he is suitable to carry out community service. “It’s a very favourable report,” he commented.

He confirmed a penalty of 240 hours of community service in lieu of 18 months’ imprisonment.